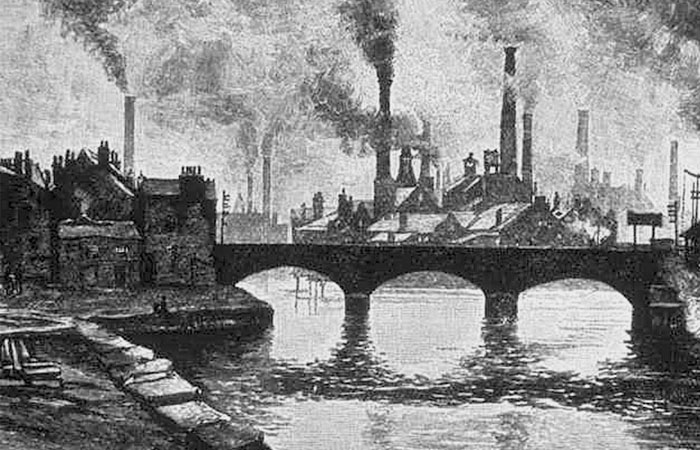 The cities of Europe were becoming ever more congested, and social classes collided on a daily basis. Art and literature began to focus on social conditions. The work of English painter and printmaker William Hogarth in the early 1700s portrayed the moral and social issues that urban, industrialized living engendered and began the tradition of the engraved, mass-produced print. His work also firmly established satirical drawing and caricature as art forms and spawned the political cartoon. Hogarth's A Harlot's Progress and A Rake's Progress were two cautionary moral tales told through sequential narrative pictures, with minimal text engraved below. These sets of prints were the ancestors of the modern graphic novel. 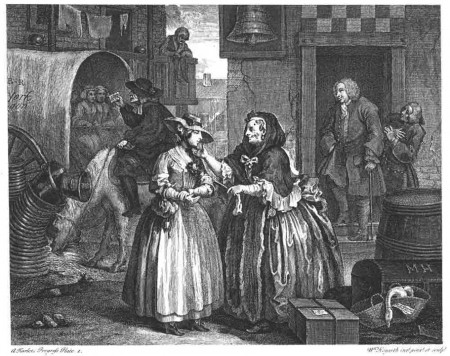 Publishing specifically for children begins with small, cheaply produced booklets sold on the streets of England. Vendors called "chap men" roamed the streets selling various products and medicines, and some carried little "chap books" of short stories and fables that were illustrated with rudimentary woodcuts. These inexpensive publications appealed to parents who bought them for their children. John Newbery, who was just beginning a career as a publisher, recognized a market for a more ambitious and better-produced book for children and created A Pretty Little Pocket-book in 1744. This led to other titles, including the famous Little Goody Two-Shoes, which was the first children's book to use custom-produced, sequential narrative illustrations placed throughout. 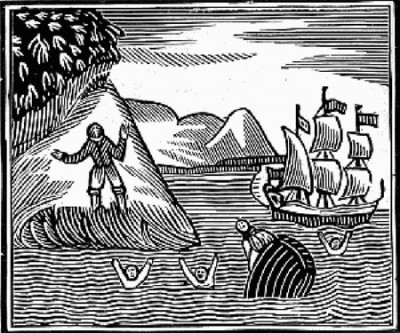 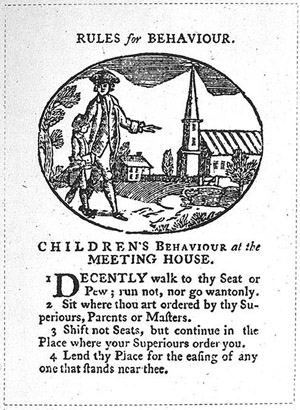 German book illustration consisted of elaborate engravings in copper or steel that were a reflection of the ornate Baroque and Rococo tastes of the time. Classical elements from architecture, costume, and pose combine with fantastical landscapes and gardens in full-page plates. In France, compositions were lighter and more delicate and were often presented as vignettes with softened edges. 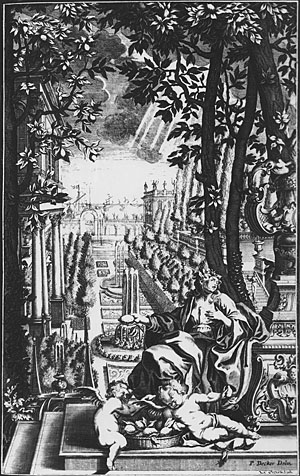