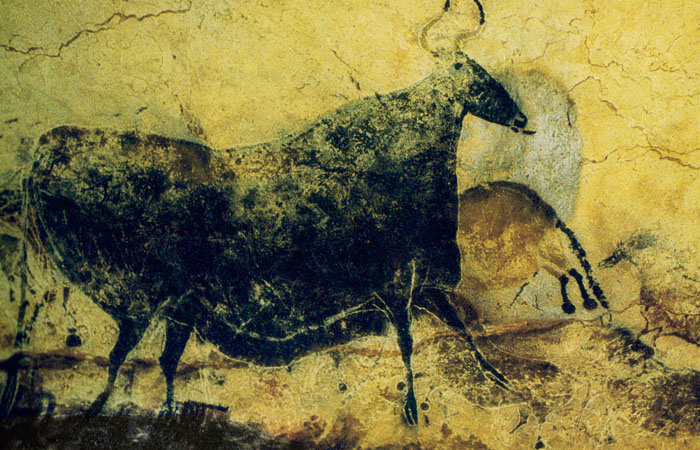 Throughout pre-history, nomadic peoples followed the migrations of animals in order to have reliable sources of food. There were also sedentary tribes, those fortunate enough to find locations rich in natural resources, game, or seafood, where they could remain year-round indefinitely. Some of these peoples lived inside caves and others under the protection of structures. While all modern humans (homo sapiens) developed visual expressions of creativity, most evidence of that has disappeared. What remains are Paleolithic (Stone Age) artifacts excavated from the sites of nomadic hunting settlements and the wall drawings and paintings that have been shielded from erosion deep inside caves. 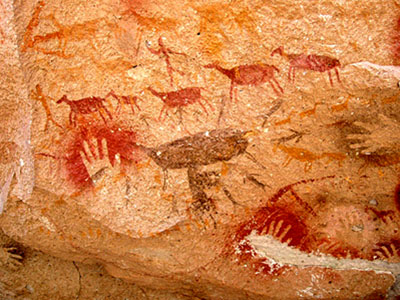 In Central Europe, Russia, and Central Asia nomadic hunters in the plains and grasslands carved symbolic sculptures of humans, animals, and birds out of mammoth and deer bone as long ago as 40,000 B.C., and 30,000 years ago artists illustrated the animals of their world and the interactions between humans and animals on cave walls. One cave painting at Lascaux, in southern France, shows a bison molting its fur. Others show hunting parties and wounded animals and men. At the Chauvet-Pont-d’Arc Cave in the same region, artists used the wall contours to help form a three dimensional sense of the animals in motion. It is believed that this art may have served a shamanic or magical purpose within some kind of ritual. Perhaps the images were made in order to ensure the successful outcome of a hunt. Perhaps there was little distinction between image and reality: by illustrating the image-animal killed, its actual life force might become more vulnerable. 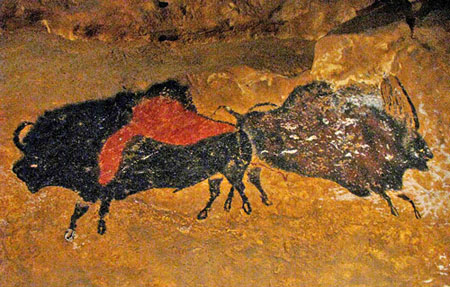 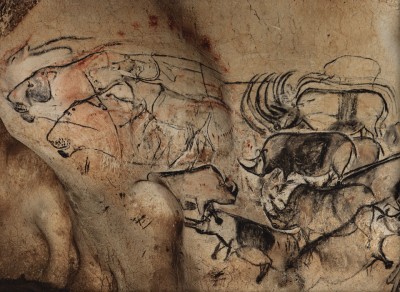 In slightly later art, there is evidence that people defined their appearance with individual expression. They were depicted bearded or clean-shaven, wearing hair long or short, braided or straight. It’s likely they decorated their bodies with paint or tattoos and created simple “jewelry” using bone, stones, shells, and perhaps feathers to ornament themselves. Around the world—from North and South America to Europe, Mongolia, Indonesia, and Australia—aboriginal peoples, whose cultures are 10,000 or more years old, all made art that was illustrative. We can assume that the act of illustration is as old as homo sapiens—and possibly even older.