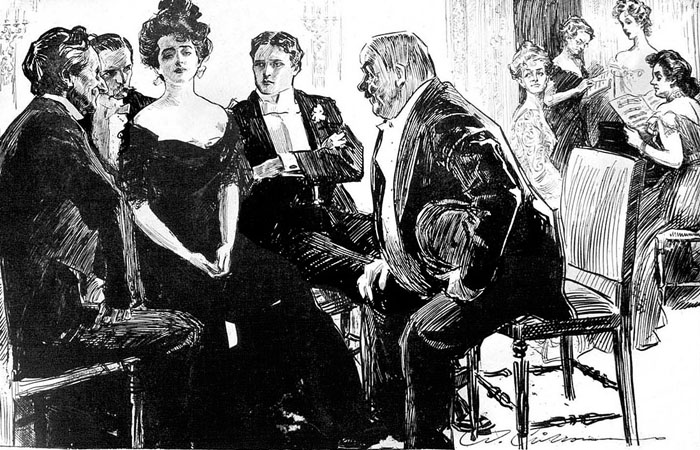 Illustration above: Charles Dana Gibson, pen and ink cartoon, "She is the subject of more hostile criticism." ca.1900

The early successes of magazines illustrated with wood engravings in the 19th Century continued into the 20th Century with better printing technology and better distribution. Frank Leslie’s Illustrated Newspaper became Leslie’s Weekly. Harper’s and Scribner’s branched out with special interest children’s and women’s magazines. McClure’s and The Century were other general interest monthlies. The 19th Century political, satirical magazines Puck and Judge were still being published, as was Harper's Weekly. Once-A-Week magazine changed its name to Collier’s Weekly and Cyrus H.K. Curtis, a newspaper publisher, bought the foundering The Saturday Evening Post, updated its look, and aimed it at middle-class American families. It would soon become the country’s most popular magazine. Curtis then separated the Sunday women’s supplement from his newspaper, creating a new publication for women, the Ladies Home Journal. This led other publishers to appeal to the female audience with Cosmopolitan (published by William Randolph Hearst), Woman’s Home Companion, Good Housekeeping and Vogue. 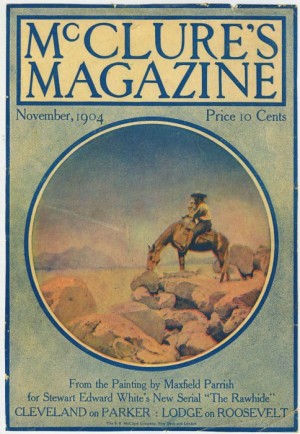 Magazines provided a broad and ready marketplace for illustration, and there were almost more opportunities than there were artists to satisfy them. Publishers saw illustration as a necessity, a requirement for success, and competition between publications for the limited number of fine illustrators available led to increased budgets for art—meaning higher fees and greater recognition for artists. Consequently, the best illustrators, appearing regularly, became well-known public figures like today’s actors and sports heroes. Artists were seen as experts on female beauty, and pretty, illustrated faces filled magazines and were sold as color lithographs (Harrison Fisher).

Charles Dana Gibson, a cartoonist/illustrator, drew weekly pictures for Life and other magazines, creating an iconic representation of the young American woman at the turn of the century. She became known as “The Gibson Girl.” Gibson became the highest paid illustrator in America when he was offered a contract by Collier’s Weekly in 1904 to produce 100 pictures in a year at $1,000 each, and in coming years would profit from the merchandising of his Gibson Girl creations and from the sales of “table books” which were collections of his cartoons. 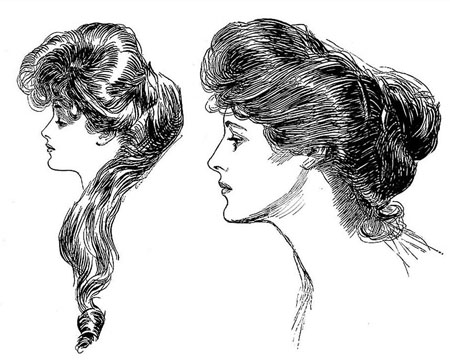 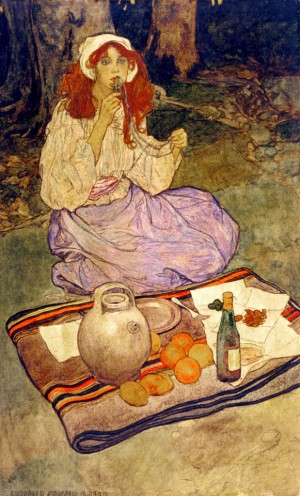 Under the influence of the first generation of successful American magazine illustrators (led by Howard Pyle and Edwin Austin Abbey), dedicated young artists like Howard Pyle’s students Jessie Wilcox Smith and Elizabeth Shippen Green saw that satisfying careers could be achieved and a flood of talent entered the field. Publishers recognized that illustrations help to sell magazine subscriptions and increase advertising revenue. Strong and consistent sales promoted the use of more artwork, and the business of illustration became fully formed.

In fact, illustration was beginning to be seen by publishers as a necessity, and competition between publications for the limited number of fine illustrators available led to increased budgets for art, meaning higher fees and greater recognition for the artists. The most popular illustrators were well-known figures and some, like Fisher, Gibson, James Montgomery Flagg and Howard Chandler Christy even achieved “star” status. The public couldn’t wait to see their work in upcoming issues and they were talked about in gossip columns, interviewed by the press, gave advertising product testimonials, and were pursued in their private lives by newspaper reporters and society page writers. Illustrators were the artists best known to the general public. 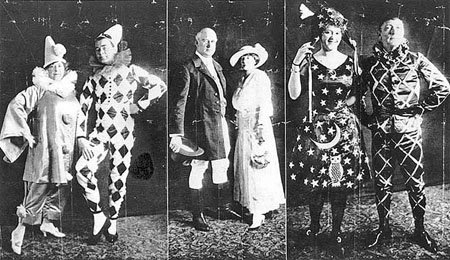 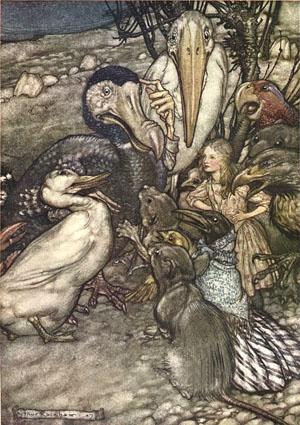 In England after 1900, the children's book market which had been growing for nearly a generation stimulated the production of books with full-color plates. Beatrix Potter published her first books in this decade and Arthur Rackham interpreted fairy tales and fantasy literature. His illustrations for Peter Pan in Kensington Gardens in 1907 established a career that would span nearly 50 years.

Humor illustration was very popular with the public and three magazines led the field in America: Puck, Judge, and Life. T.S. Sullivant worked for all three, as well as for the Hearst newspapers, and his anthropomorphic drawings of animals were inspirational for future animators like Walt Disney.