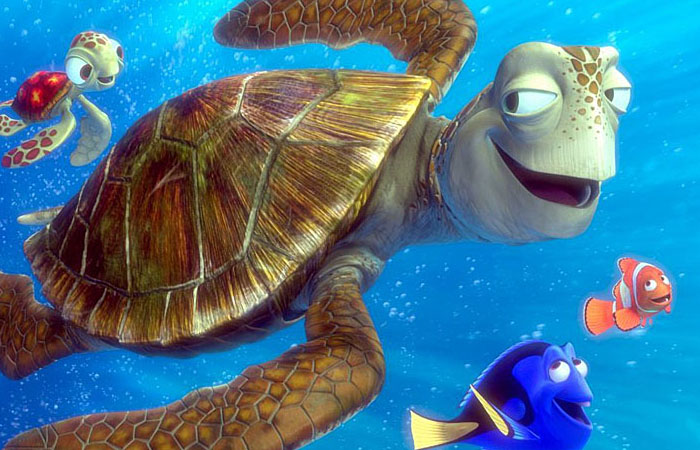 In the 2000s, there was a rapidly growing interest in animation from a generation of kids dubbed “millennials.” Pre-teens and early teens, who had graduated from television cartoons and Walt Disney features of the 1990s—like Beauty and the Beast, Aladdin, and The Lion King—were getting excited by animated films like Toy Story, Shrek, and Finding Nemo that used innovative digital production. Young adults quickly followed suit, turning feature-length digital animation into an important segment of the movie industry. The games industry was also evolving technologically and video games like Final Fantasy were ripe for translation into films and had a ready market. The publishers of Marvel comics entered into the movie business full-steam with both live-action and animated features. The relationship between the gaming industry, the comics industry, and the film industry became more closely connected and illustrators played an important role in pre-production, helping to visualize what the films would look like. Peter de Seve for example, had great success in magazine illustration, but also created traditionally drawn character designs for the animated films A Bug's Life, released in 1999, Ice Age in 2002, and Finding Nemo in 2003. 3D animation moved forward with Despicable Me and Avatar in 2010, both of which required the talents of large teams of digital artists. 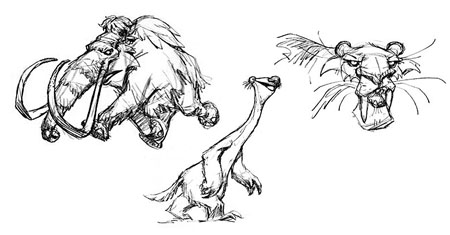 Film realization requires the art of illustration in order to visualize not only the characters, but also the sequence of events and camera movements, so that the director can gain insight into how the script can be translated. This process generally starts with storyboards that show the progression of action and camera work as sequential drawings which then lead to more highly rendered scenes in imagined space. Scenic designers like Feng Zhu create pictures that are inspirational to the digital rendering teams. Illustrators have become part of the movie-making process and are even beginning to lead it. Film director Tim Burton began his career as an apprentice animator at the Disney studios and has created character drawings and concept art for his own movies. The 2005 film Mirrormask was directed and visually conceived by an illustrator, Dave McKean, and the photographer/illustrator Matt Mahurin creates and directs music videos and documentaries. Jamie Hewlett who created Tank Girl comics in the 1990s, went on to become a recording artist in the British electronic pop duo, Gorillaz, and produced animated music videos for their virtual "band."

Craig Mullins and Jon Foster are two artists who work in several genres of illustration and also for film—an indication that a multi-faceted approach to a career is becoming more the rule than the exception throughout the illustration profession. Because of their extraordinary skill at imagining scenes, they not only create storyboards and concept art for films, but also design illustrations for the sci-fi and fantasy genres of publishing. Foster has even visualized and brought to life historical scenes for National Geographic magazine. 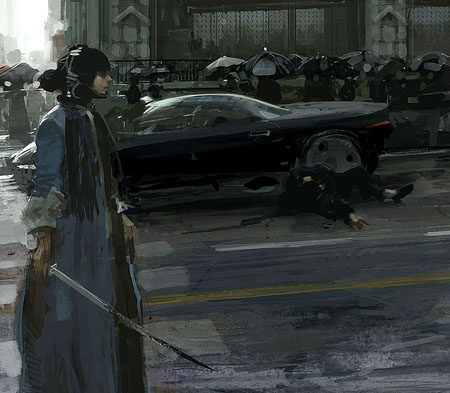 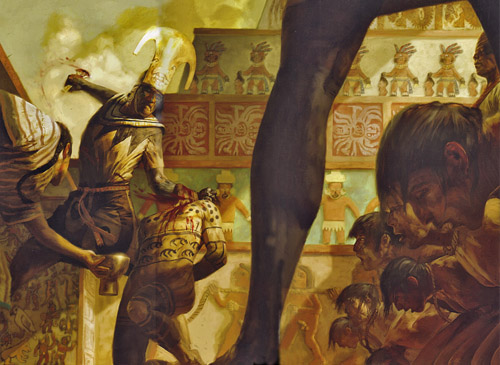 Illustrators in the first decade of the 21st Century are engaged in a rapidly changing, interconnected global culture that is deeply affected by advances in technology. The illustrator has always been affected by the communication technologies of his or her time and must adapt to changes in the media that carry it to viewers. The entertainment industries—book, magazine, and music publishing, television, movies, animation, electronic gaming, and role-playing environments—will always require the talents of illustrators, and these industries are all adapting to the digital landscape. Mobile devices like smartphones, tablets, and e-readers have become the primary way that people communicate, seek information, and entertain themselves, and illustrators face the constant challenge of meeting the speeding technological advances head-on, adapting their working methods to the demands of the media that is used to display and distribute the images that they make. Illustrators communicate with clients and agents, post portfolios, create blogs, and sell their work—online. They use social networks and communication environments like Twitter to portray their personalities and accomplishments to prospective customers. Clients, designers, and art directors all look for illustration services online, using the internet to browse portfolios and research artists to commission for new projects.

In this digital age, there are fears that the printed page—books, magazines, and newspapers as physical objects—might become obsolete. Seemingly in response, some publishing companies are choosing to produce novels with full-color interior illustrations, just as was done in the early 20th Century. Children's book publishers are developing digital e-books, but traditionally illustrated picture books for children have never been more popular. Graphic novels and comics, while transitioning to interactive formats for online or device viewing, are nevertheless selling well in print form and are even preferred by many fans and collectors. Illustrations are seen to add value to published works, and the publishing industry may well be counting on the “collectible” qualities of physically published materials to make them desirable.

In another area, outlets for applied illustration, or “decorative” illustration, have opened more widely. Illustrators like Susy Pilgrim Waters find work creating designs for household items, giftware, paper products, stationery, and other “surface design,” as well as for fashions and for retail environments of all sorts.

While illustration continues to be commissioned by designers and art directors, illustration-trained or illustration-influenced artists are also self-authoring work, selling original art or digital reproductions—or even previously assigned illustration art—through their own websites, communal sites, or through galleries and art dealers. This is creating a branch of collectible fine art that the elite art world has labeled “outsider art,” but which has an eager and appreciative insider audience because of its more affordable prices and accessible content. Mark Ryden and Joe Sorren have made the transition from freelance commissions to gallery sales of original works.

Never has there been more diversity in work or greater opportunity for illustrators.