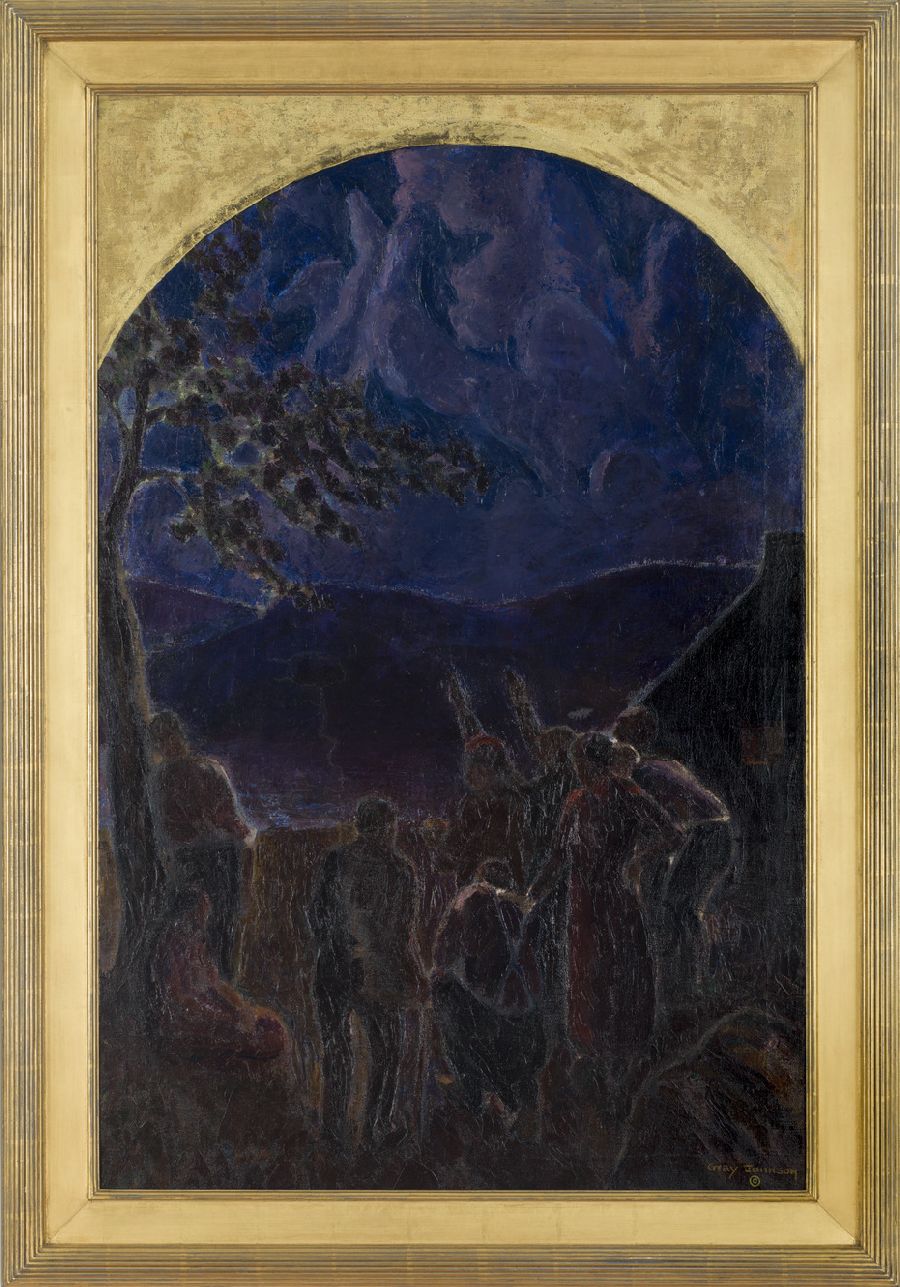 Swing Low, Sweet Chariot is Johnson’s best-known work, and the first work of his to be auctioned off. The painting was auctioned by Swann Auction Galleries in New York for $228,000. Swing Low, Sweet Chariot launched Johnson’s career and brought him up to the same level as people such as Aaron Douglas. In the Art Digest article from January 1929, Johnson described his intentions for the piece: “I have tried to show the escape of emotions which the plantation slaves felt after being held down all day by the grind of labor and the consciousness of being bound. Set free from their tasks by the end of the day and the darkness they have gone from their cabin to the river’s edge and are calling upon their God for the freedom which they long.”