Home > News > The Passing of Murray Tinkelman, illustrator and educator

The Passing of Murray Tinkelman, illustrator and educator 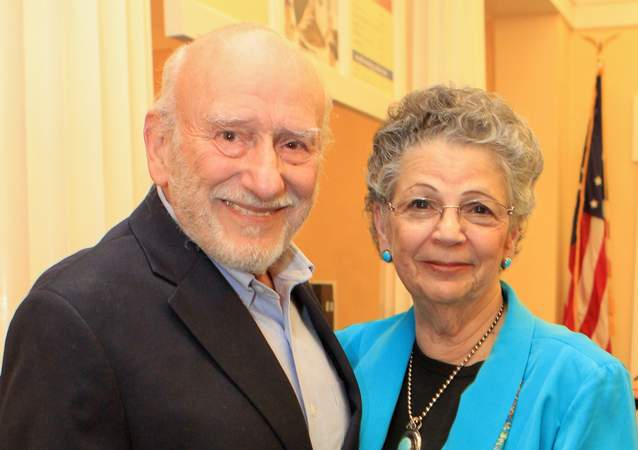 Murray Tinkelman (1933-2016), an exceptional illustrator and educator, died on January 29, 2016 just two weeks after the passing of his beloved wife Carol, who shared his dedication to scholarship related to American illustration. He inspired generations of artists at Parsons School of Design, Syracuse University, and the Hartford Art School, where he established highly-regarded graduate and undergraduate programs. Through the years, the artist also conducted educational programs for the public and staff at Norman Rockwell Museum, which included image-rich lectures about the history of illustration.

Recently inducted into the Illustrators Hall of Fame, a group including acknowledged masters in the field, Murray Tinkelman received illustration’s highest honors from the Society of Illustrators, the Art Directors Club of New York, and the Society of Publications Designers. His intricate pen and ink drawings apparend in many national publications, including "Atlantic Monthly," "The New York Times," and "The Washington Post," and he created numerous artworks for the National Park Service and the U.S. Air Force. His work is represented in the permanent collections of the Brooklyn Museum, Delaware Art Museum, the International Photography Hall of Fame & Museum, New Britain Museum of American Art, and Norman Rockwell Museum.

Mr. and Mrs. Tinkelman served on the Museum’s Board of Trustees since 2009 as a trustee couple, and were instrumental in building its illustration collection through generous donations from their own collection, encouraging other artists and collectors to do the same. "We are deeply saddened by the loss of Murray and Carol," notes Norman Rockwell Museum Director/CEO Laurie Norton Moffatt. "They were both so important to the Museum. One of the best ways we can honor them is to continue to share all they have taught us about the vital role that illustration art plays in society."

In 2014, Norman Rockwell Museum celebrated the artist’s 60-year career with the exhibition "Baseball, Rodeos, and Automobiles: The Art of Murray Tinkelman." That year he was also honored as the Museum’s Artist Laureate, a commendation awarded by the Rockwell Center for American Visual Studies in celebration of the contributions of artists who have been close Museum collaborators.

"Murray and Carol were close friends, who will be deeply missed," states Norman Rockwell Museum’s Deputy Director/Chief Curator Stephanie Plunkett. "Murray has been a great inspiration to many as a prominent and beloved educator of illustrators. His knowledge of the history of illustration is unrivaled, and his impact on the field cannot be overstated. We will also remember him as a highly accomplished artist who created work of great intelligence and graphic beauty." She adds, “the couple contributed to the Museum in deeply meaningful ways. Their exuberance, passion, and intelligent counsel will be greatly missed. We are so grateful for the legacy they have left."

The couple’s connection to the family of illustrator Joe De Mers (1910-1984) led to a major acquisition of the artist’s work, soon to be displayed at the Museum. Their grandson Ryan Mitten has also worked diligently as an intern at the Museum, processing the recently acquired Famous Artists School Collection, which the Tinkelmans also had a great interest in.

The Tinkelman Family invites gifts in memory of Murray and Carol Tinkelman to be made to Norman Rockwell Museum. All donations will be used to support the work of the Museum, including the Murray and Carol Tinkelman Illustration History Collection, an extensive collection of historic magazine tear sheets that will be made available as a public resource on line and in the Museum’s Archives.