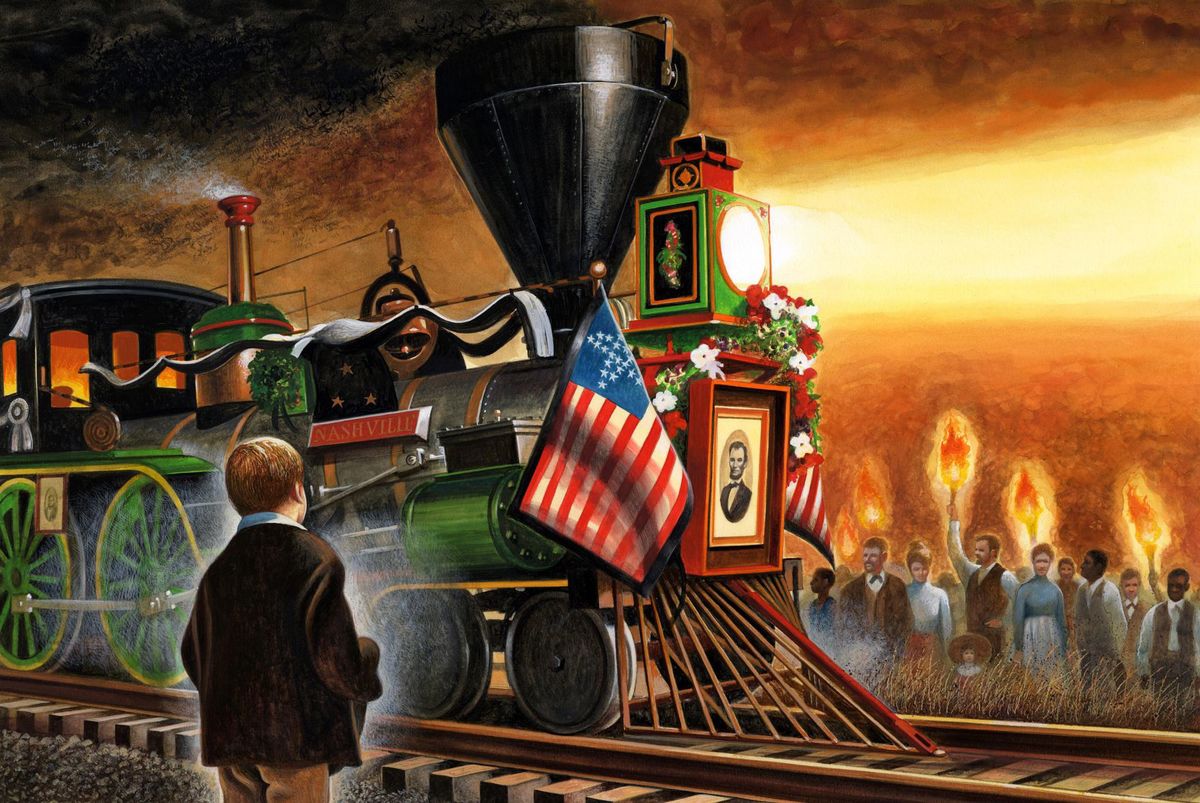 “A seminal figure in American history, Lincoln reminds us that we can achieve the impossible."

Before President Abraham Lincoln was laid to rest after his death in 1865, a train carried his body on a two-week funeral procession from Washington, D.C. to Springfield, Illinois, where he was finally laid to rest. Abraham Lincoln Comes Home reflects the perceptions of a young boy who traveled through the night with his father by horse-drawn carriage to see the funeral train pass. Wendell Minor’s images capture the solemnity and grandeur of the event, inspired by his extensive research on the subject. He studied existing photographs of the train car and consulted an exact scale model constructed by Dr. Wayne Wesolowski, a Lincoln scholar and chemist who analyzed paint chips from one of the funeral car’s few surviving artifacts to determine its color, which was dark maroon.

“Robert Burleigh and I wanted to explore an aspect of Lincoln’s story that was not widely known,” the artist said. “The book represents a moment in time that preceded mass communication, so people had to be there to experience it. Lincoln had been responsible for building the country’s rail system, and there was irony in his journey, which helped to bind the country’s wounds in a way that nothing else could.”