Home > Illustrations > Again, She Lit Another

Again, She Lit Another 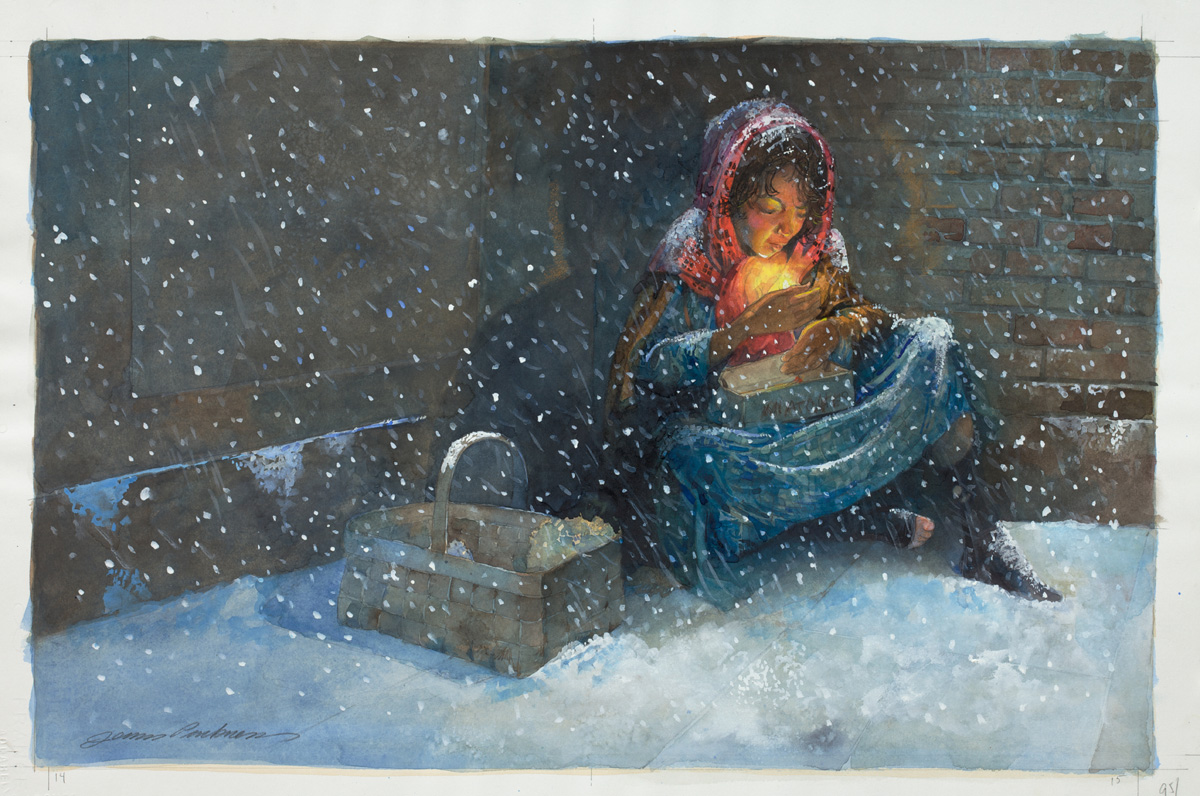 "There is something special about knowing that your stories can alter the way people see the world and their place within it."

When Jerry Pinkney adapted this classic Hans Christian Andersen tale, he transformed the author's European setting to a bustling city American filled with the crowded tenements of the 1920s. Car and carriage filled streets, the push carts of street vendors, and the mass of colorfully clothed people shopping as they move through the city fill his vibrant images. Amidst it all, the young girl aches with cold, desperate to earn money for her impoverished family—a stark reminder of the plight that many face even in our time. In his focus on urban life, Pinkney referenced the art of John Sloan, Robert Henri, William Glackens, and other early twentieth century painters realists known as The Eight, or the Ashcan School, and sought out photographic images of child labor. "The texts of classic stories provide a basic story line, but historical details are often left to the artist to develop," said Pinkney, who brought the girl's parents, siblings, grandmother, and surrounding to life in his paintings. In the artist's portrayal, the young girl's comforting vision of a sumptuous feast and brightly lit Christmas tree as she strikes her matches for warmth stands in contrast to her ultimate death, a reflection on her enduring spirit and sense of hope even when all seems lost.