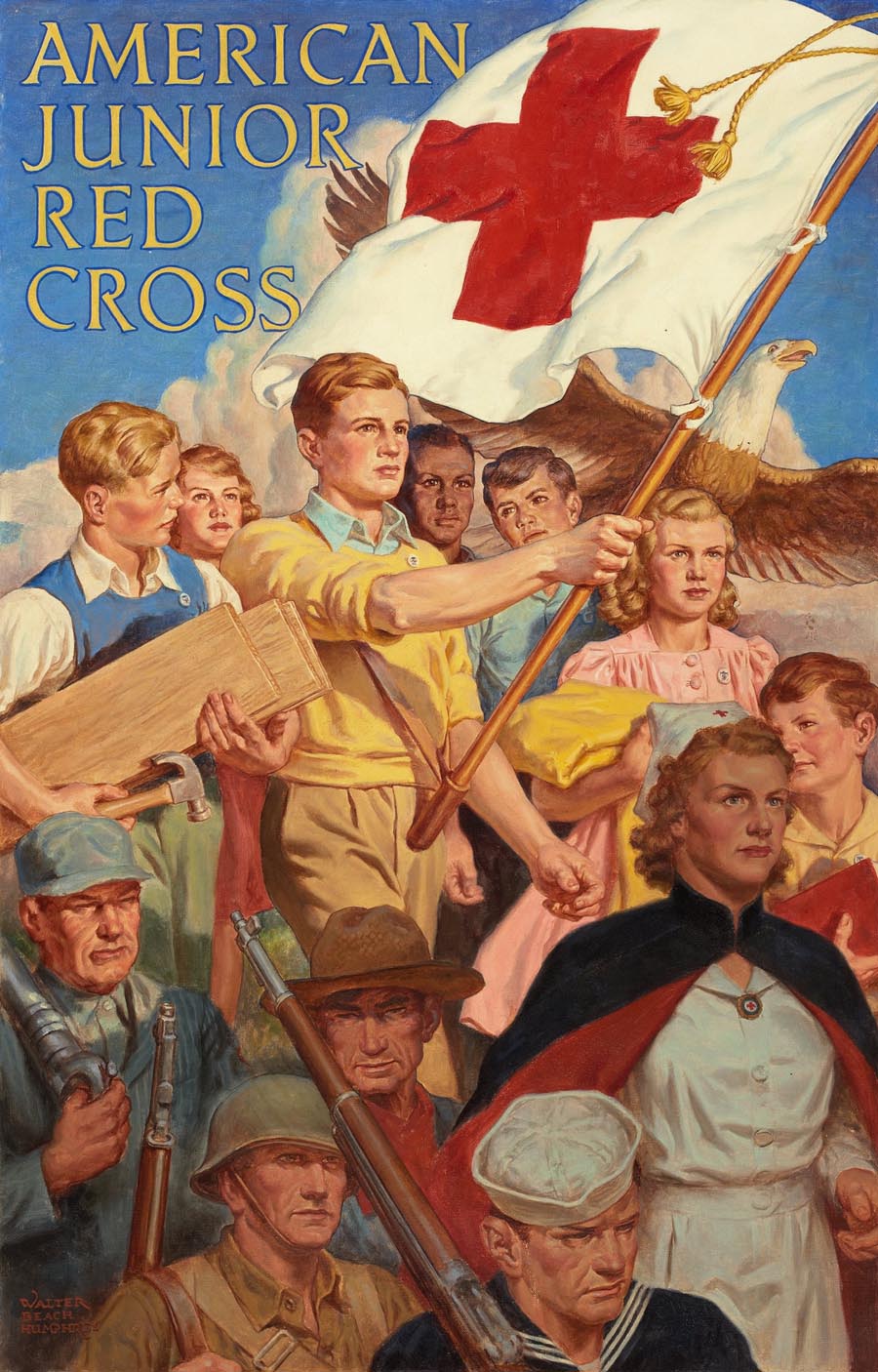 During the United States’ involvement in the world wars, many artists felt compelled to help the war effort by additional means to enlistment. Walter Beach Humphrey contributed war posters and advertisements to the production of war promotional materials, while other artists found themselves painting planes, ships, and submarines.

This propagandistic poster was one Humphrey created to incite patriotism in Americans of all ages and inspire them to join the war effort under the guardianship of the Red Cross. During WWII, the American Junior Red Cross grew to a staggering 20 million members, likely in part to poster campaigns like this one, which show heroic, albeit everyday people, coming together to participate in their share of the war effort.