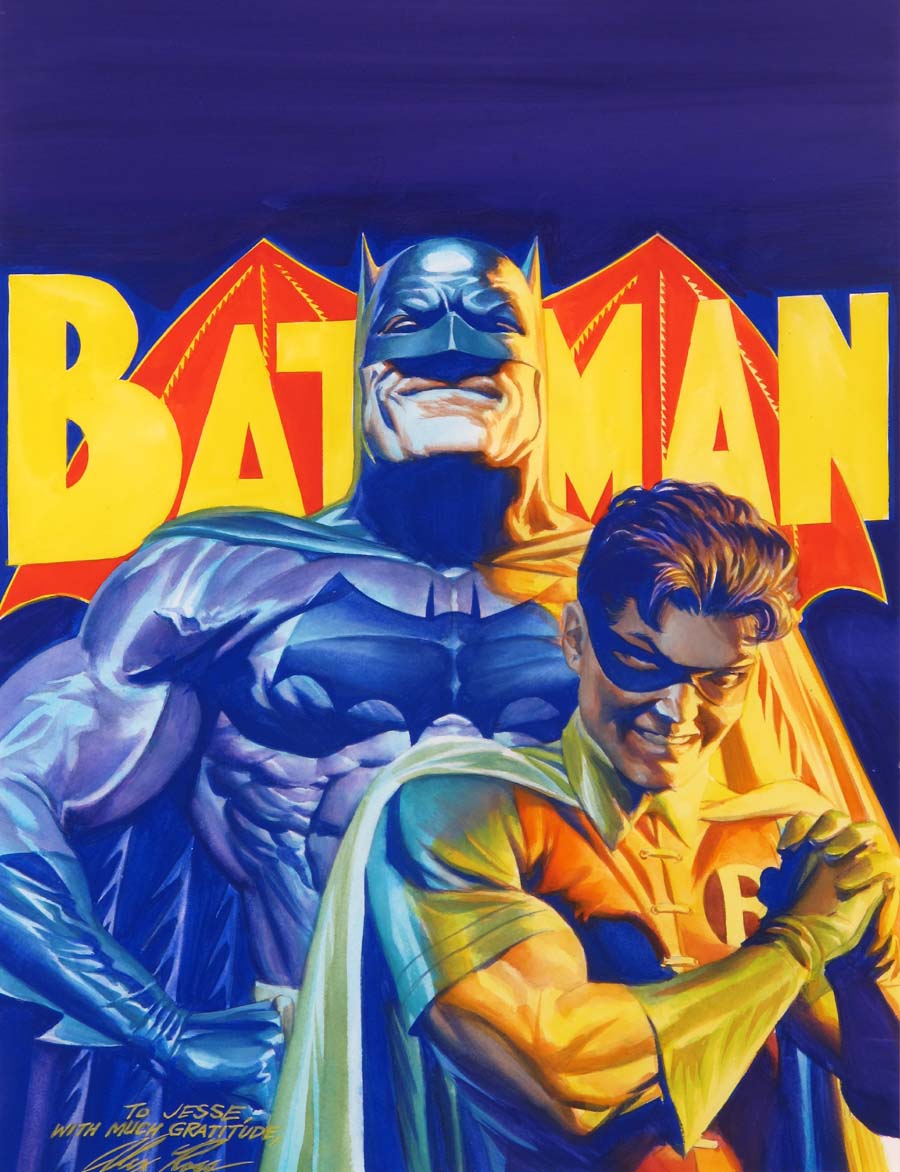 Ross’s work on this painting was influenced by the style of Dick Sprang, who is credited with creating the look and feel of the Golden Age Batman and Robin. Beginning in 1943, Sprang drew many of the Batman covers and stories in the Batman and Detective Comics series, though his work was credited to Batman co-creator Bob Kane. Sprang continued to work on the Batman books throughout the 1940s and 1950s, and in 1948 created the Riddler character alongside Batman co-creator Bill Finger. In 1955, Sprang took over drawing duties on the Superman/Batman team-up comic book World’s Finest Comics. Sprang retired in 1963, but his distinctive, muscular styling of Batman is still considered one of the greatest designs of the legendary superhero.