Home > Illustrations > Clash of the Titans

Clash of the Titans 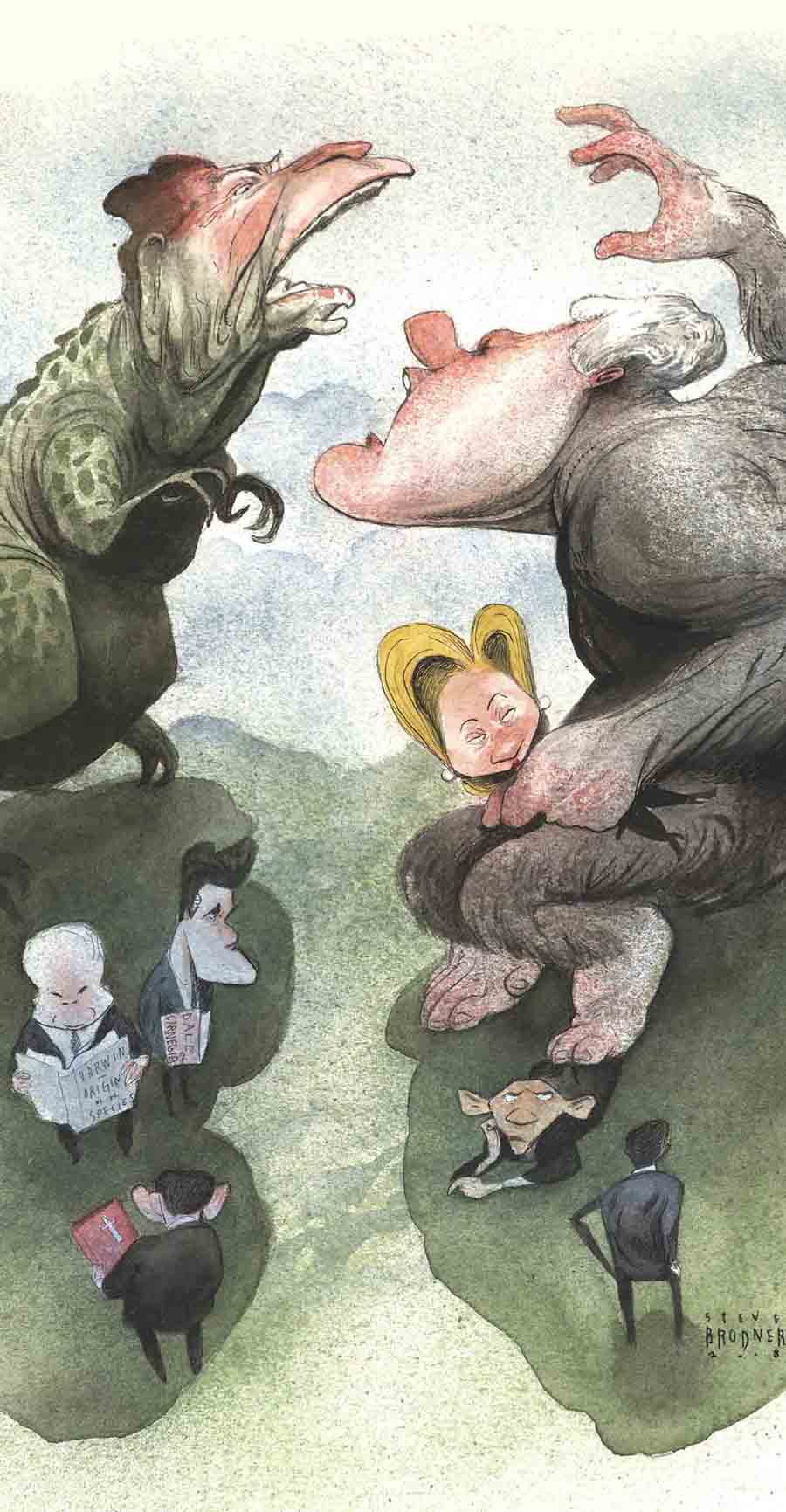 Looming over the 2008 primary process was confrontation between two historical figures, Ronald Reagan and Bill Clinton. He transformed them into mythical pop-culture beasts, Godzilla (Reagan) and  King Kong (Clinton). Each protected their party’s candidates while snarling at each other. Says Brodner, “Sometimes it looks as if the campaign were being dominated by specters of campaigns past.”