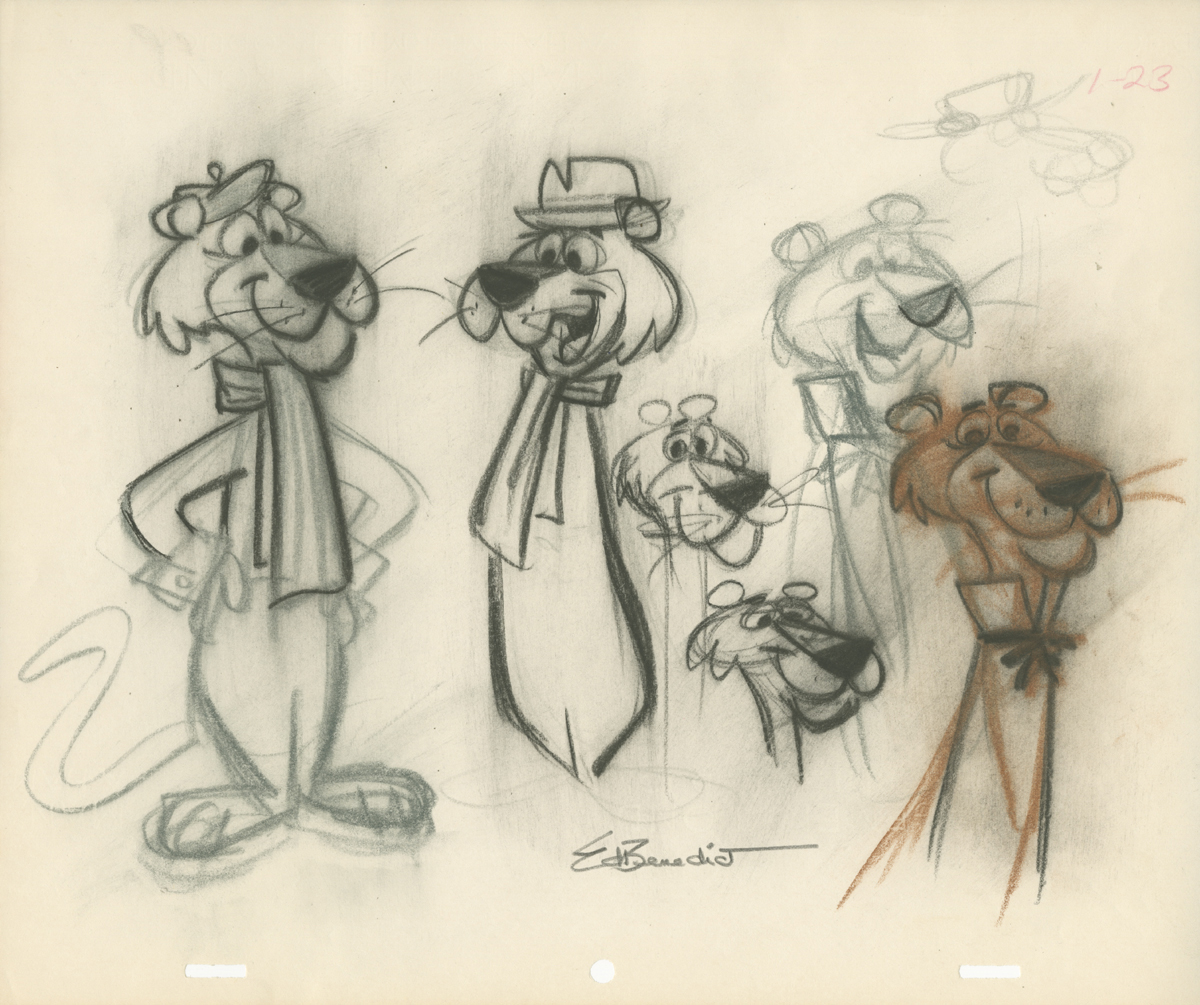 The Yogi Bear Show premiered in January 1961 with accompanying shorts Snagglepuss and Yakky Doodle. Snagglepuss was overly dramatic and flamboyant, a well-dressed pink mountain lion who could never get an even break. His catch phrases were “Heavens to Murgatroyd!” and “Exit! Stage Left!” Unlike most Hanna-Barbera characters, Snagglepuss did not have any partners in crime.

Daws Butler’s voice work for Snagglepuss, later recycled for The Funky Phantom, was not appreciated by Bert Lahr, who famously played the Cowardly Lion in The Wizard of Oz (1939). Lahr was concerned that the impersonation was so close that when Snagglepuss began endorsing Kellogg’s cereals, viewers would think it was his voice. According to the YOWP cartoon blog, “Radio-TV Daily reported in 1963 on a $500,000 lawsuit by Bert Lahr against Kellogg’s, Screen Gems, and Hanna-Barbera, because Daws Butler’s Lahr-inspired Snagglepuss was appearing in commercials for Cocoa Krispies.” Both sides agreed that from that point on Kellogg’s would prominently list on the commercials that Daws Butler was the voice of Snagglepuss.