Home > Illustrations > Cover of "The Spiderwick Chronicles: The Seeing Stone"

Cover of “The Spiderwick Chronicles: The Seeing Stone” 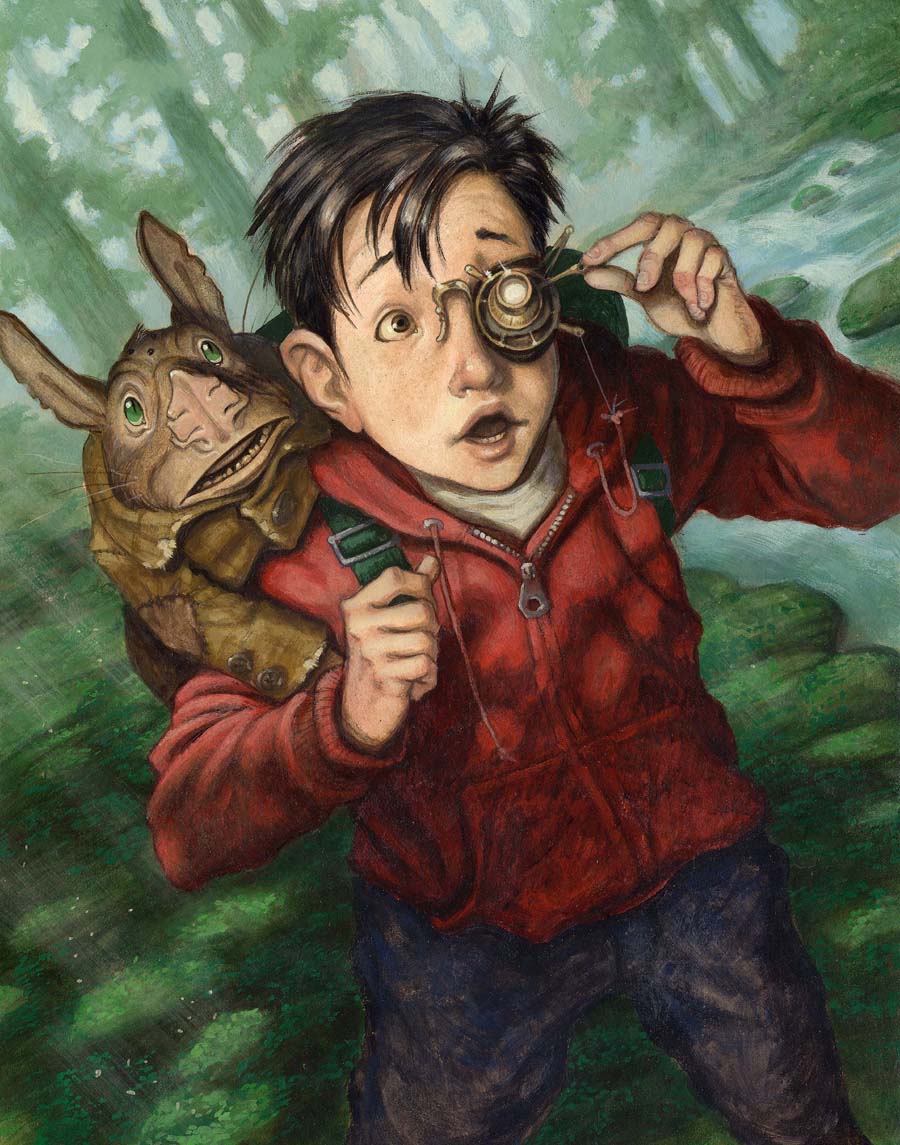 The Spiderwick Chronicles tells the tale of the Grace family as they adapt to a new life and a new reality. Nine-year-old twins Jared and Simon and their thirteen-year-old sister Mallory move into the Victorian-style Spiderwick Estate with their mother as their parents undergo a separation. The children quickly discover there is more to the house than meets the eye when they uncover a secret library, a house brownie named Thimbletack, and a book, Arthur Spiderwick’s Field Guide to the Fantastical World Around You, which contains detailed information on all sorts of creatures that reside within the Invisible World. Through the five books in The Spiderwick Chronicles series — The Field Guide (2003), The Seeing Stone (2003), Lucinda’s Secret (2003), The Ironwood Tree (2004), and The Wrath of Mulgarath (2004) — the Grace children encounter hungry goblins, a wounded griffin, a hobgoblin named Hogsqueal, distrustful elves, and an evil ogre named Mulgarath, before finally meeting the author of The Field Guide, Arthur Spiderwick.