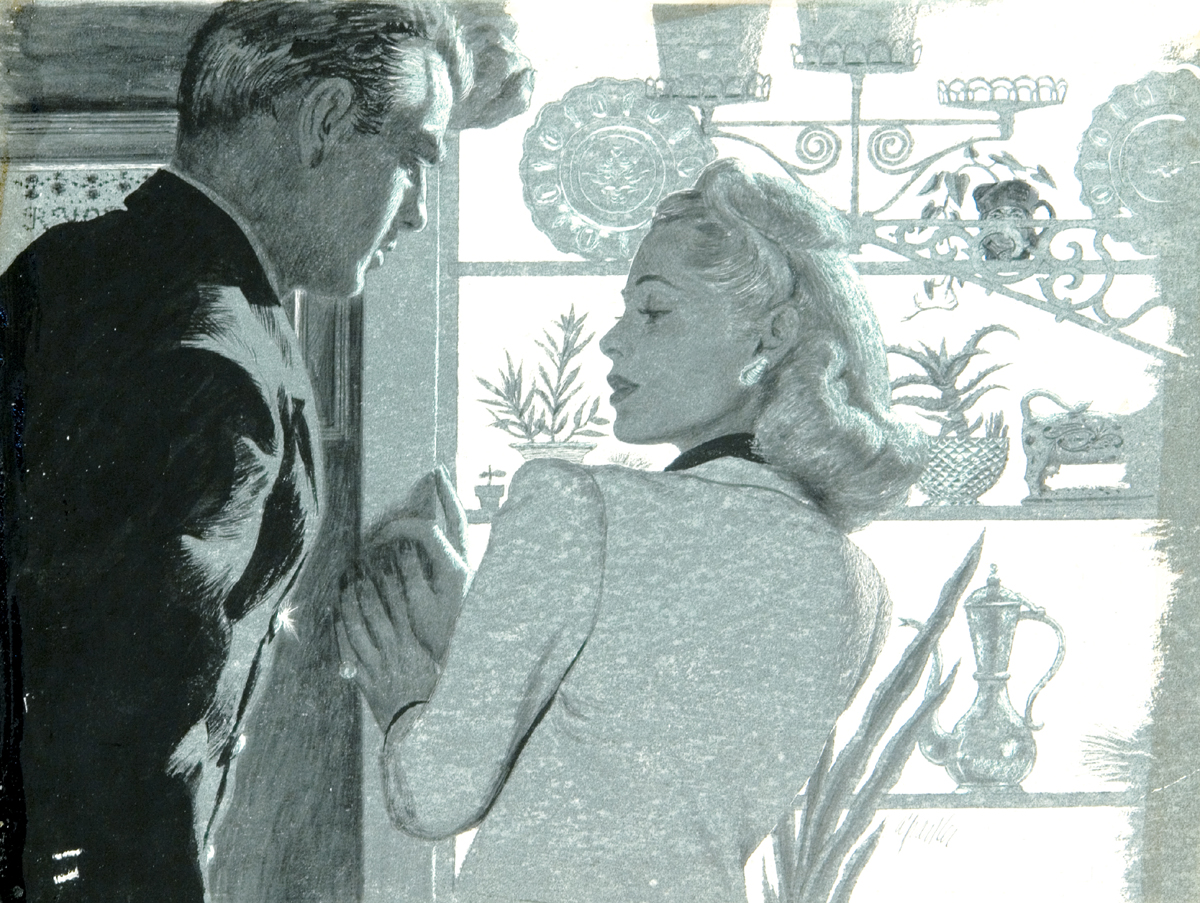 Certain images by Al Parker bear the mark of an extremely ambitious composer. Published in Ladies’ Home Journal, Parker’s Government Girl illustrations for a series of wartime fiction stories began to distinguish him from his competition. In this work, two shadowed figures are effectively realized, if conventional. A tall man advances toward the story’s heroine, defense department secretary Elizabeth Allard. Though she shifts her weight away from him, she rotates coyly back, conveying a sense of defensiveness and vulnerability at the same time. Framing his subject, a backlit window display is stocked by such unremarkable items as an aloe plant, a slender teapot, a cast iron cow, hammered copper plates, decorative brackets, and a ceramic planter. The planter, a kind of spy, appears to monitor the action between figures. But aside from this narrative detail, the entire display earns its keep by virtue of abstract arrangement and the visual pleasure it provides. During this period, Parker began to emerge as an illustrator with an abstractionist’s sensibility.