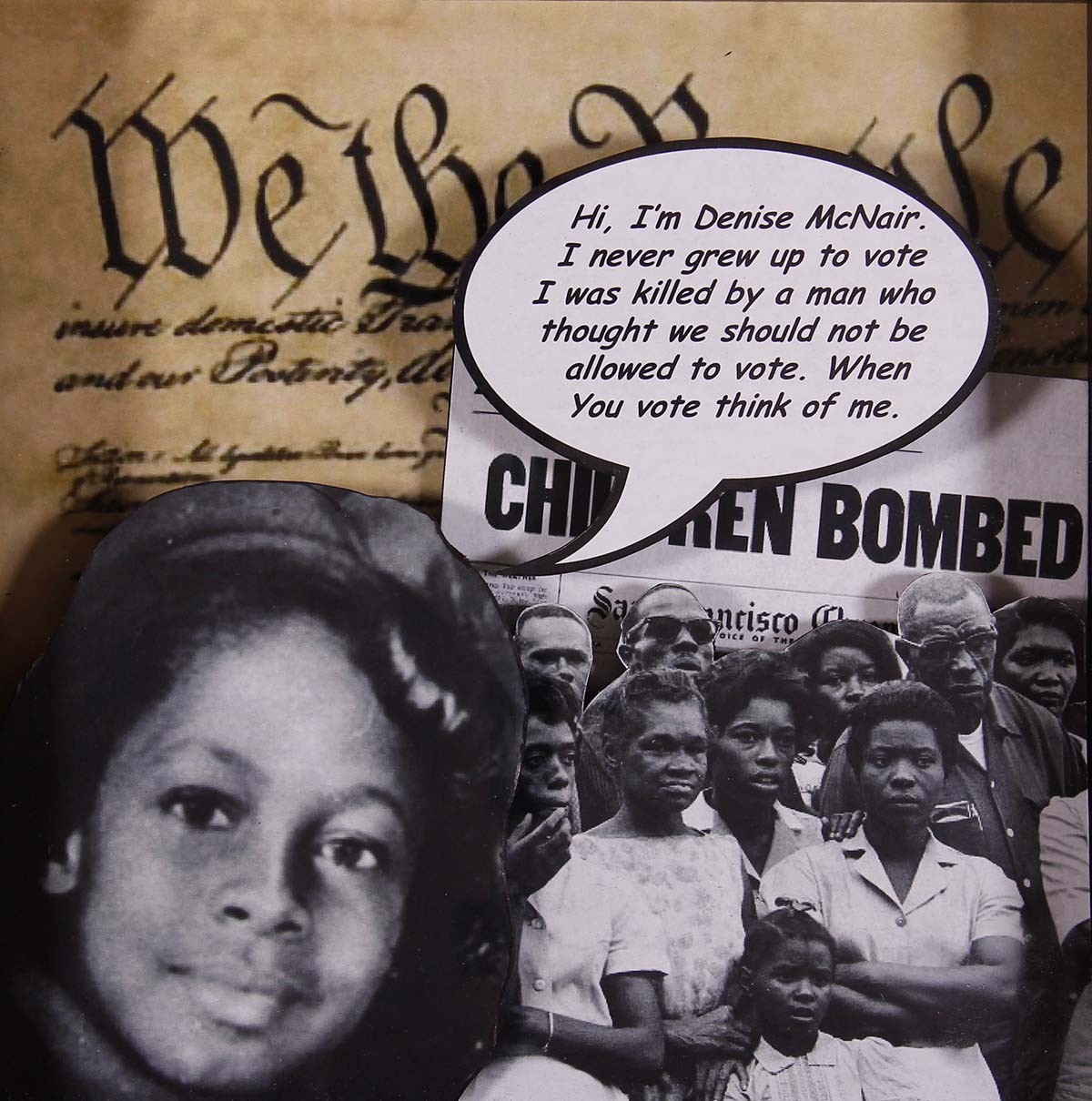 Denise McNair was one of four young girls killed in a racially-motivated bombing by the Ku Klux Klan at the Sixteenth Street Baptist Church on September 15, 1963. The African American Church in Birmingham, Alabama was active in the civil rights movement, and the attack was meant to curtail the work of activists who had been demonstrating to end segregation in the city. The group of girls, which also included Cynthia Wesley, Carole Robertson, and Addie Mae Collins, were on their way to a church assembly hall for closing prayers on a Sunday morning when the attack occurred, and a public outraged by the murder of children inspired the John F. Kennedy administration to support civil rights legislation.

We the People, the first three words of the American Constitution, serve as the backdrop for Weekes’ collages, emphasizing the power of the people upon which our nation depends.