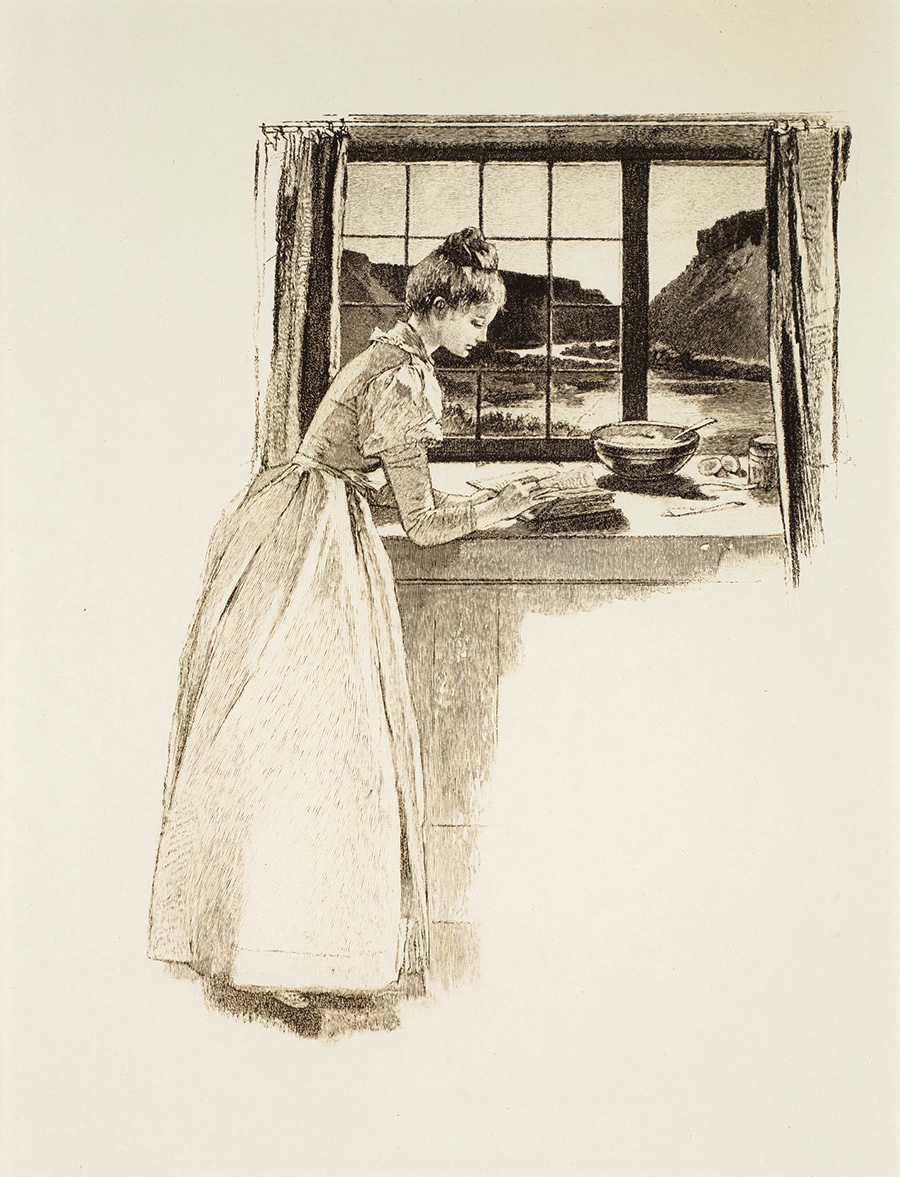 "American perception of the Far West evolved through a curious blend of myth tempered by reality." Barbara Taylor Cragg, 1980, from her essay, "The Landscape Imagery of Mary Hallock Foote."

This illustration was inspired by the artist's experiences in Boise, Idaho, and appeared in her book, "The Chosen Valley." Though a work of fiction, Mary Hallock Foot's book has been identified by scholars as being culturally important as a reflection of an Eastern woman's experience in the American West.