Portrait of a Young Tiefling 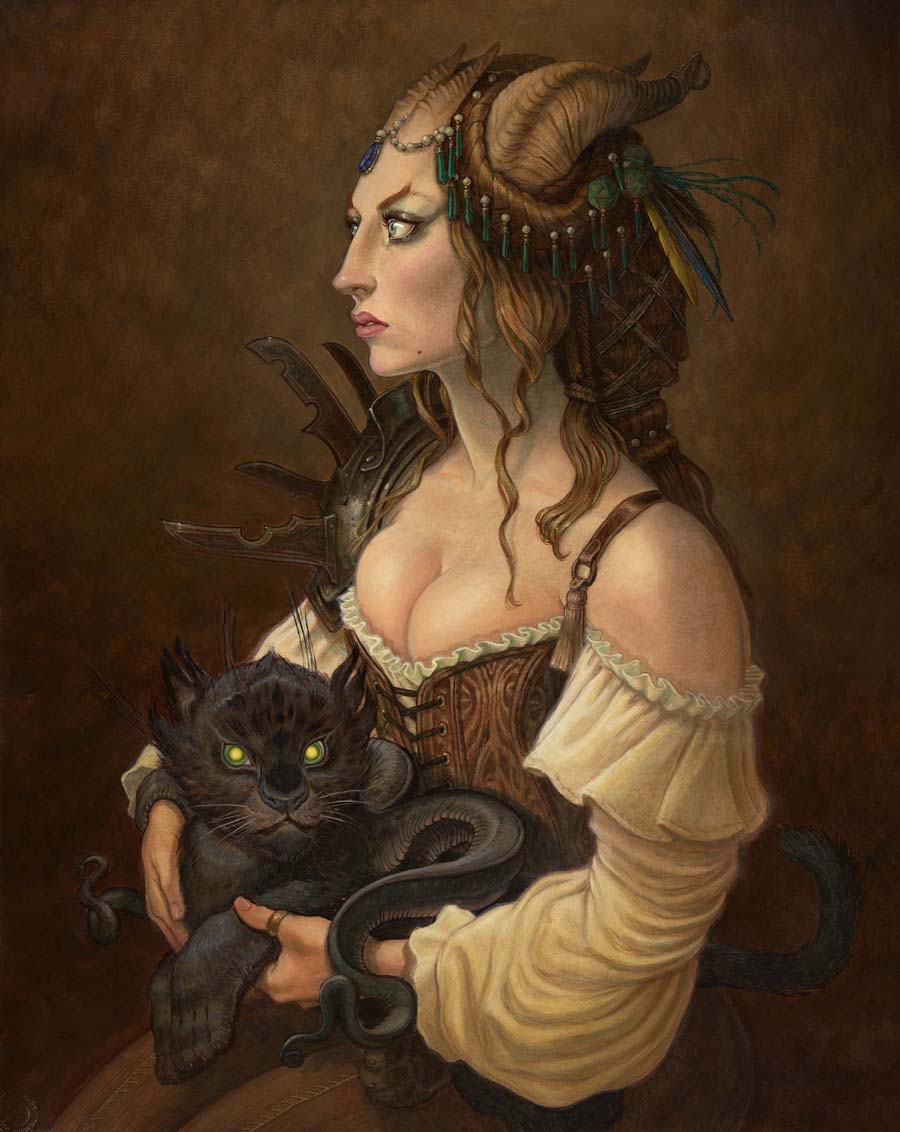 Tony DiTerlizzi was twelve years old when he received a Dungeons & Dragons Basic Set, which detailed the rules of play for the role-playing game. DiTerlizzi recalls, “I loved playing Dungeons & Dragons when I was in middle school. I had an affinity toward monsters and creatures and unusual animals. I would often draw those things in my notebooks and sketchbooks while I was growing up.”

Drawing characters and scenes for Dungeons & Dragons was a dream come true for DiTerlizzi. He remembers, “At the beginning of each assignment, I would be really excited, thinking, ‘Oh my gosh, I get to draw beholders and owlbears and rust monsters, and get paid for it!’ But usually, it was at such a breakneck speed that I almost didn’t have time to really think about it. It wasn’t until years later, when I could look back on the experiences that I had illustrating these books, that I realized it was such a special time for me. I felt like I learned so much as an illustrator working on these books, and it absolutely became the foundation for the children’s books that I would create later, like The Spiderwick Chronicles.”