Presentation board for the “Help!... It’s the Hair Bear Bunch!” television cartoon 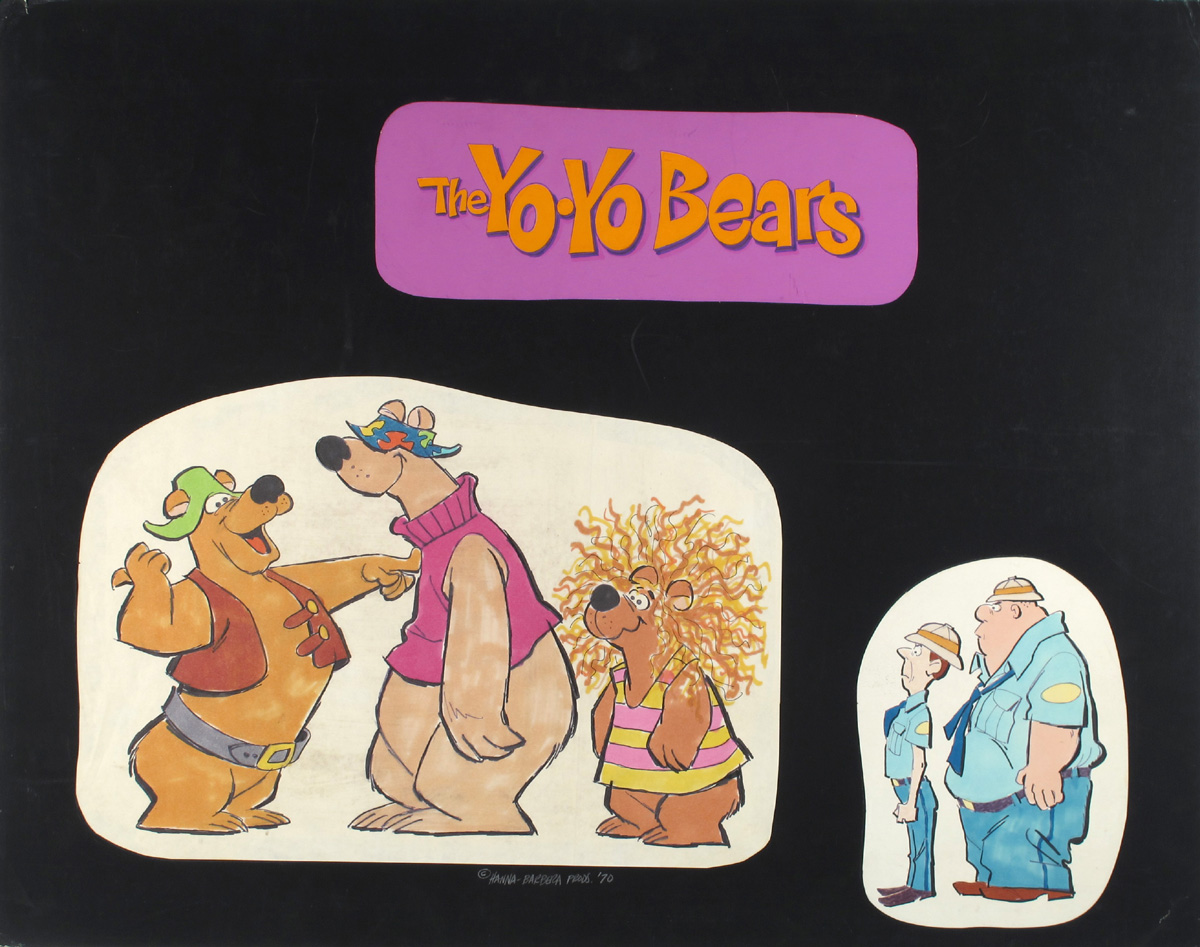 Hair Bear, Square Bear, and Bubi Bear form the titular trio of this series. Help!... It’s the Hair Bear Bunch! depicts the bears in a comfortable bachelor pad, hidden from the zookeeper, at the Wonderland Zoo. The Yo-Yo Bears was the working title used by Hanna-Barbera veteran Jerry Eisenberg during his design of the characters.