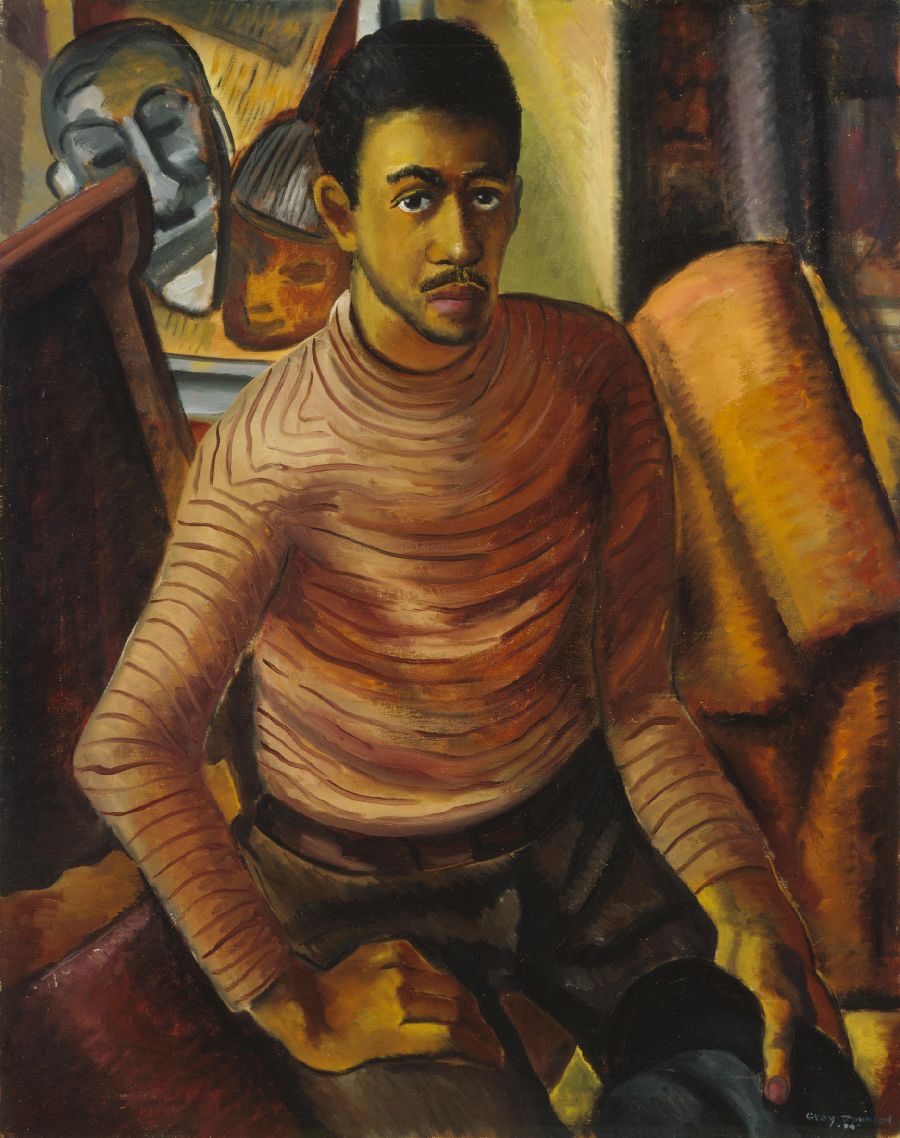 Painted in the same year as his eventual death, Self-Portrait acknowledges Johnson’s awareness of compositional devices in modern art. The easel positioned to his right identifies him as an artist. The painting behind him represents his work, Negro Masks, which he made two years prior, as well as reflecting and acknowledging his African American heritage. The easel and painting stand out among the rest of the background, emphasizing Johnson’s status as an artist. At that time, Johnson had become employed by President Franklin D. Roosevelt’s Public Works of Art Project (PWAP) and earned enough money to become a full-time artist. However, this would not last long, as Johnson’s life was cut short, and he died in late October due to heart failure.