Home > Illustrations > "Shove that under your feet," he observed to the Mole, as he passed it down into the boat

“Shove that under your feet,” he observed to the Mole, as he passed it down into the boat 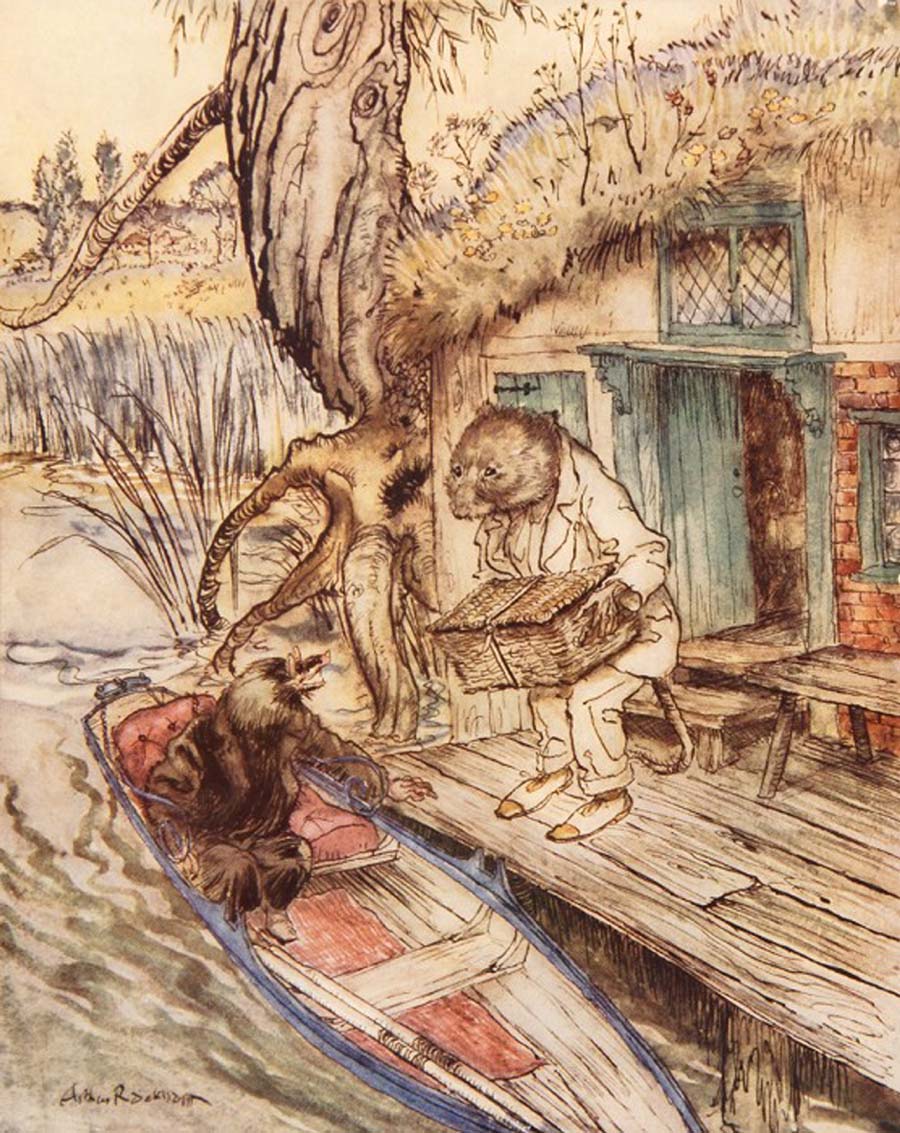 "That Rackham's last subject in book-illustration should have been one in which he took especial pleasure...demonstrates a kind of poetic justice not commonly found."

In the summer of 1936, American publisher George Macy of the Limited Editions Club visited Rackham to commission him to illustrate a new book. Though originally there to inquire about The Crock of Gold, Rackham offered to illustrate an additional story for him. Macy suggested The Wind in the Willows, a work with sentimental value to Rackham since he had turned down the opportunity to illustrate it thirty years earlier when he was busy with illustrations for A Midsummer Night’s Dream (1908). He told Macy that he had regretted that decision ever since and that he welcomed the opportunity to illustrate it now. When Rackham turned down Kenneth Grahame and his publishers decades before, the book had been published without illustrations and remained so until 1931.

One of sixteen color plates created for The Wind in the Willows, this drawing was Rackham’s last illustration completed before he died. This piece shows Rat carrying a heavy picnic basket to load into the boat. “Rackham’s daughter remembers his great exhaustion and the extreme difficulty he had in getting it done. When he had, as he thought, he suddenly discovered there were no oars in the boat. Barbara tried to persuade him that this was a detail that did not matter, but he insisted that everything must be right, and with great labour he altered the drawing and put in the oars. After he had done this, he lay back in bed and said: ‘Thank goodness, that is the last one.’ And so it proved in every sense.” 1