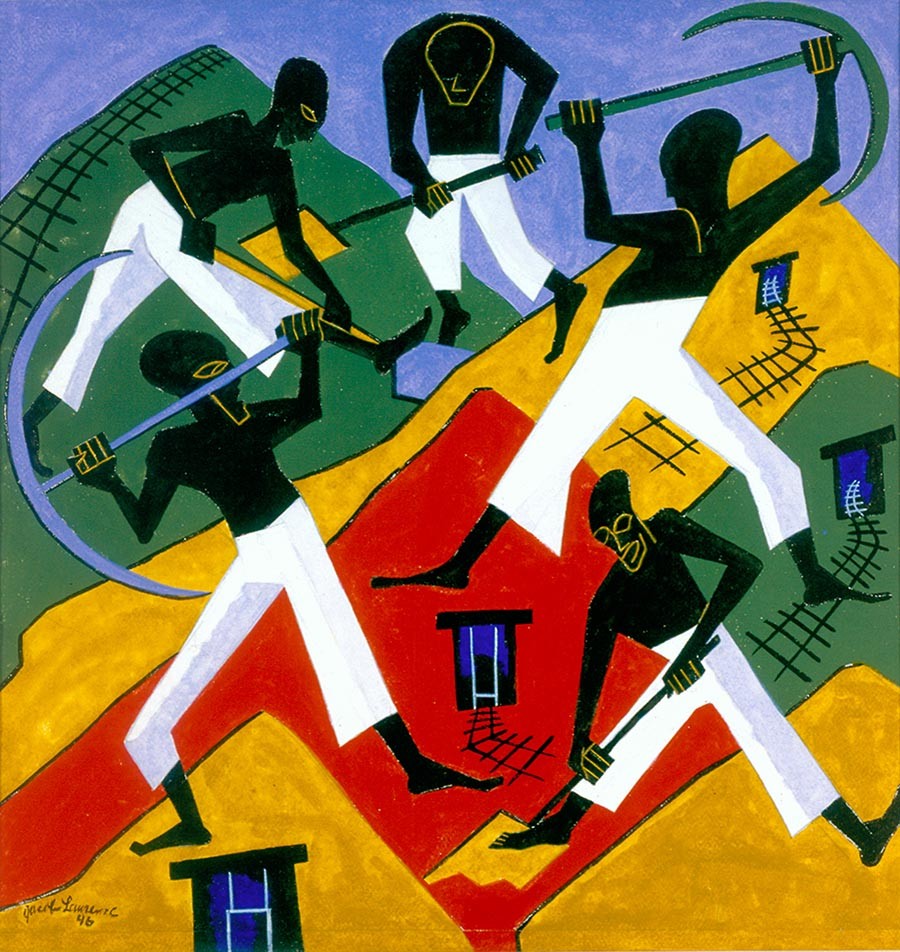 In 1946, Fortune commissioned Lawrence to create two illustrations for the magazine’s October cover story focusing on gold mining in South Africa. A strike that year highlighted the plight of migrant workers who labored in unsafe conditions for low wages, and in this illustration, five men wield pick axes and shovels against a backdrop of mine shafts, train tracks, and hills filled with gold. Sharp gestures, angular forms, and bright contrasting colors that may represent the green, gold, white, red, and blue of the South African flag seem to vibrate, creating a feeling of tension and urgency. The artist’s parents were Southern migrants and his father worked as a railroad cook and coal miner, which may have given this subject special relevance.