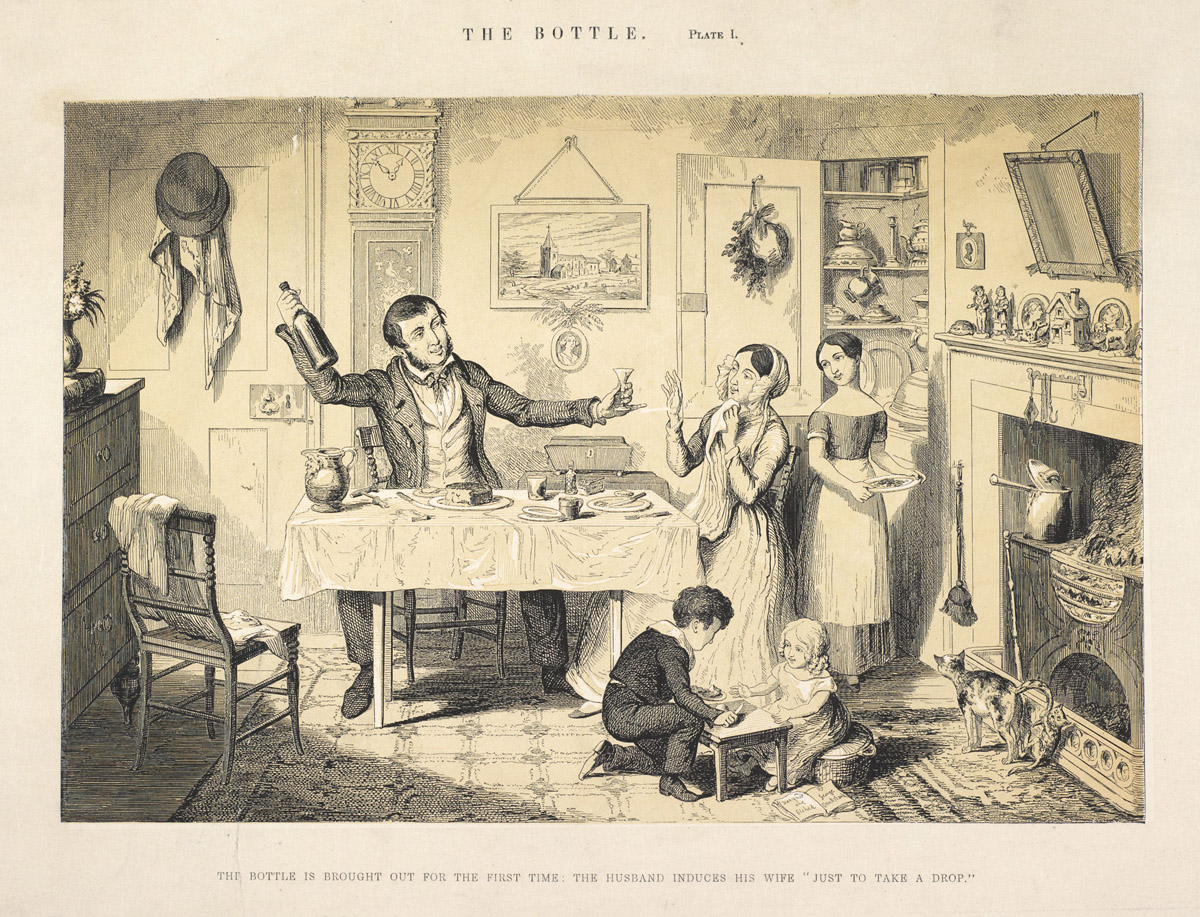 "The Bottle is Brought Out for the First Time: The Husband Induces His Wife "Just to Take a Drop."

George Cruikshank’s The Bottle was composed of a poem followed by a temperance themed series of illustrations inspired by William Hogarth’s 18th century work, A Rake’s Progress. Later in life, Cruikshank became fiercely involved in the temperance movement after seeing the effects of alcoholism on his father and brother. Cruikshank himself was a heavy drinker as a young man, and by some accounts struggled with the substance throughout his life. The Bottle caused a stir when it was published in 1847 since the temperance movement hadn’t yet gathered the strength it would have in the 1850s. The eight plates in the series were produced cheaply so people from all social classes would be able to afford them. They also feature very clear pictorial elements, such as a prominently placed bottle in each scene, and the continuity of using one room as the setting, which made it easy for anyone looking at the images to understand the message Cruikshank was trying to convey with this series.