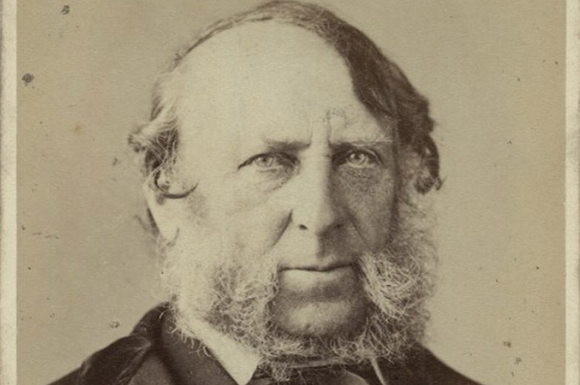 Born in London to Isaac and Mary (MacNaughton) Cruikshank, George Cruikshank (1792-1878) was indoctrinated into the world of art at a young age. Isaac Cruikshank had established himself as one of London’s leading political caricaturists in the 1790s. After attending elementary school for a brief period, George became his father’s apprentice and studio assistant where he could “play at etching on some of his copperplates.”[1] As a boy, George would etch bits of shadow or add background figures to his father’s work, and as he grew older his father would assist him with parts of his own etchings. Aside from these lessons in his father’s studio, his education and inspiration came primarily from the streets of London rather than a classroom. He was able to observe people of all social classes within his own neighborhood, a practice which served him well in his career as a caricaturist.

The Cruikshank family opened a print factory when George was a child, a venture in which every family member played a part. George and his brother, Robert Cruikshank, helped their father with etching, while their mother and their sister, Eliza, colored in their finished prints. Growing up working at the print factory, and with Isaac as a teacher, meant that George already had a large body of work by the time he was thirteen. He had effectively already begun a career as a political caricaturist before he was a teenager, with more than sixty separate etchings completed between 1805 and 1810 that he had either assisted with or created himself. He had begun signing his prints “G. Cruikshank” around 1808, and by then had already developed his own style. Though George was an aspiring theatre actor, his life changed when his father died in 1811 and he, like Robert, had to continue to work in the family print factory to support their mother and sister.

As breadwinner, George Cruikshank began to sell his caricatures to a monthly magazine called The Scourge, which was fueled by the tumultuous domestic and international politics of the time. George did not align with a political party, so he was easily able to provide caricatures from a relatively impartial point of view for both radical and conservative parties. The caricatures he supplied to The Scourge between 1811 and 1814 featured one large caricature in each issue, including attacks on King George III and the royal family, satirical drawings of politicians, and anti-French propaganda. Cruikshank, and other political caricaturists of the time, had a bounty of material to work with due to the accession of the Prince Regent, George IV, the scandal involving George IV’s wife, Queen Caroline, and the Napoleonic War.

In 1818, Cruikshank began working with William Hone, a radical publisher and bookseller. The pair published a twenty-four page pamphlet The Political House that Jack Built, which contained political nursery rhymes written by Hone and twelve illustrations by Cruikshank. It was an immediate success and sold over 100,000 copies within a few months. For the next two years, George continued writing and illustrating pamphlets with Hone, eventually moving on to support Queen Caroline’s cause (King George IV’s estranged wife who returned to England to reclaim her title as Queen) with cartoons railing against King George IV. In June 1820, King George IV had apparently had enough of Cruikshank’s scurrilous caricatures and paid him ￡100 “not to caricature His Majesty in any immoral situation.”[2]

The following year, in 1821, George Cruikshank decided to make his first foray into book illustration, a less controversial medium than political caricature. He decided to join talents with his brother, Isaac Robert (he took his father’s name after his death in 1811) who was working to establish himself as a portrait and miniature painter in London. Their book, Adventures of Tom, Jerry, and Logic in their pursuits through life in and out of London, became an “instant and unprecedented” success. Their father, Isaac Cruikshank had made a name for himself in the 1790s, and though both brothers had been successful in their respective mediums since the early 1800s, this book brought the name of Cruikshank back to prominence in 19th century London society. George Cruikshank took on many other illustration projects for the next decade or so, illustrating Grimm’s Fairy Tales and using his artistic platform to voice his opposition to the Industrial Revolution. Eventually, by 1835, George Cruikshank was considered to be the most important graphic artist working in England. Taking advantage of his fame, he started his own publication entitled Cruikshank’s Comic Almanack, in which writers of the time, including William Makepeace Thackeray, contributed stories to be displayed alongside his illustrations.

Around the same time the Almanack debuted, George Cruikshank was approached by publisher, John Macrone to illustrate a series of stories by Charles Dickens. This series, Sketches by Boz, was published in 1836, and the praise given to Cruikshank’s illustrations rivaled that given to the text. Another of Dickens’ series of the same name was published soon after, eventually leading to other publishers seeking to publish works by Dickens with illustrations by Cruikshank. Cruikshank’s name became so popular in the London literary scene that he was soon being paid just for the use of his name as illustrator, in addition to payment for his work. Richard Bentley, the publisher of the journal Bentley’s Miscellany, in which Oliver Twist would soon appear, made this offer to Cruikshank when he asked him to illustrate Oliver Twist. Cruikshank accepted and the first chapter of Dickens’ famous tale was published in 1837.

George Cruikshank continued to publish his Almanack in the years after Oliver Twist, however once Punch Magazine (the prominent publication that would go on to influence many cartoonists and illustrators) appeared in 1841, his Almanack was put out of business. In 1847, Cruikshank was commissioned by a reformer to illustrate The Bottle, a series of etchings based on William Hogarth’s A Rake’s Progress (1735) which showed the progression of alcoholism and the detrimental effects it could have on a Victorian family. This work was very popular at the time, especially with Teetotalers who supported the Temperance Movement. Isaac, George’s father, and Isaac Robert, George’s brother had both reportedly struggled with alcoholism throughout their lives, while George is also said to have been a heavy drinker in his younger years. It is these experiences that prompted George Cruikshank to join the Temperance Movement later in life and contribute so fervently to their mission. After completing The Bottle, Cruikshank became an outspoken Teetotaler himself and lectured for the next thirty years throughout Britain on the dangers of alcohol consumption. In 1848 he published another notable series of illustrations titled The Drunkard’s Children, which was followed years later by A Slice of Bread and Butter (1857), and Our Gutter Children (1869). George Cruikshank died at home in London on February 1, 1878.