Home > Illustrations > The Lion & the Mouse

The Lion & the Mouse 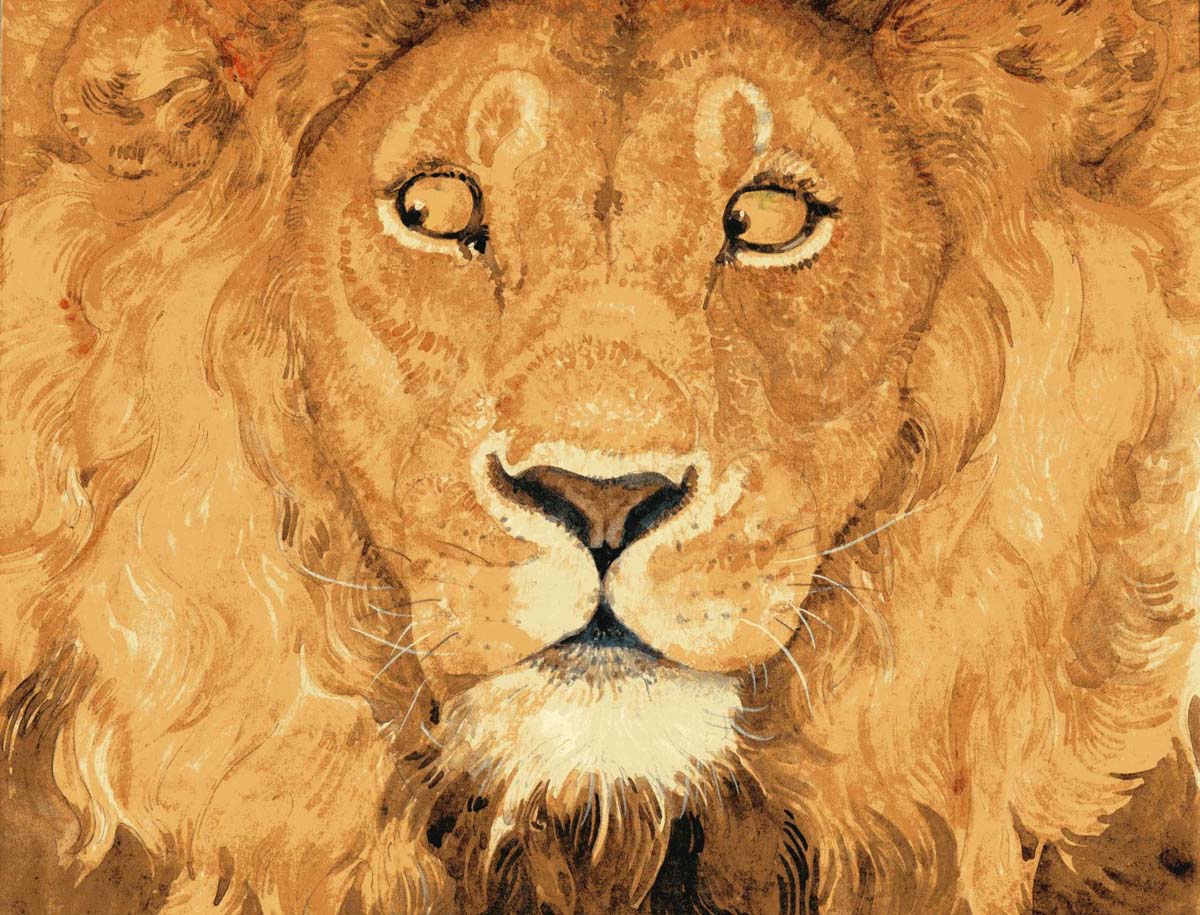 "I am a storyteller at heart."

Awarded the 2010 Caldecott Medal for his richly conceived adaptation of Aesop’s beloved fable, The Lion & the Mouse, Jerry Pinkney was attracted to the story because of its moral. “No act of kindness goes unrewarded, and even the strongest can sometimes use the help of the smallest,” he reflected. “To me the story represents a world of neighbors helping neighbors, unity and harmony, interdependence.”

An almost wordless book, it transports readers to the African Serengeti in Tanzania and Kenya with the screech of an owl, the squeak of a mouse, and the roar of a lion in masterful illustrations that tell the tale of an unexpected relationship between two unlikely creatures—a ferocious lion and a plucky mouse. The story has been a personal favorite since his youth. “As a child I was inspired to see the majestic king of the jungle saved by the determination and hard work of a humble rodent; as an adult I’ve come to appreciate how both animals are equally large at heart,” he said. Expressive and beautifully drawn, Pinkney’s animals are humanized but remain true to themselves. For the artist, the heart and soul of the book is what the reader discovers in his images. “In many ways the journey each reader traverses parallels my creative process, one of discovery.”