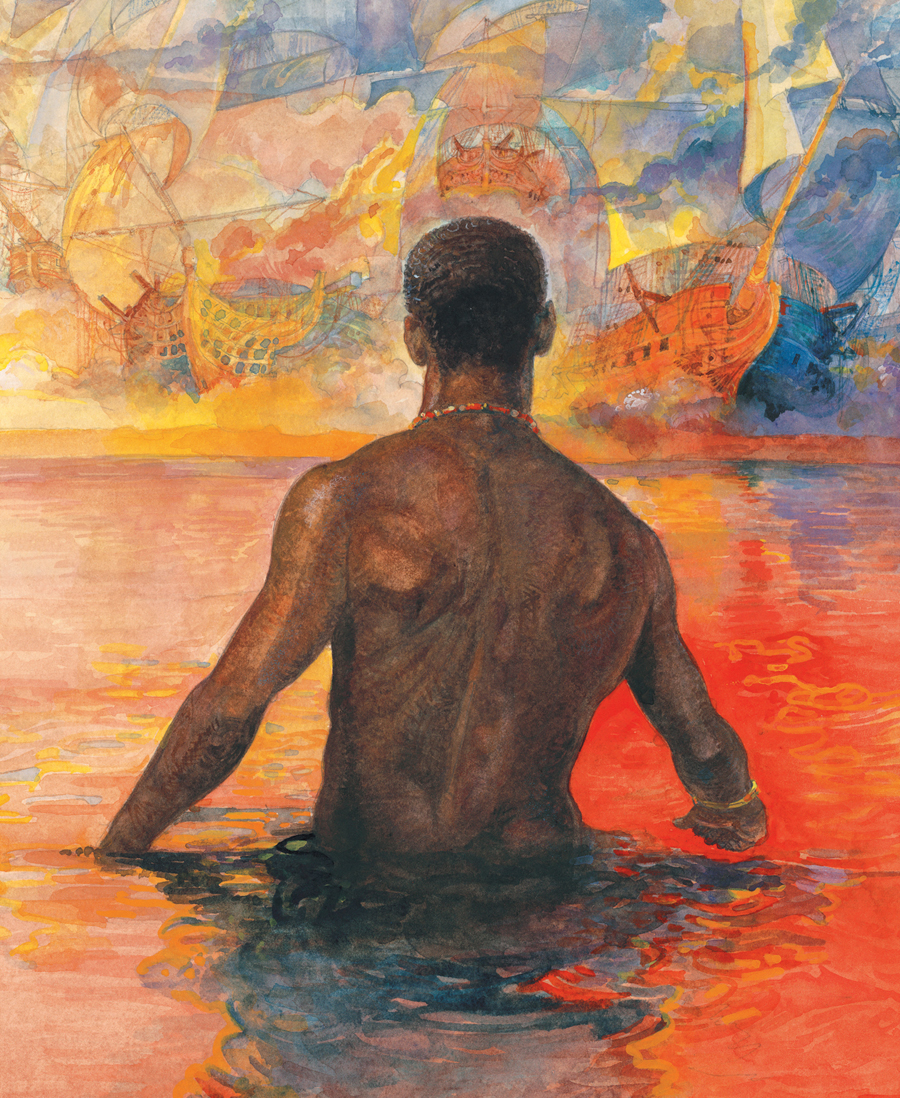 "I've found it interesting to trace how the chapters of my life have knitted themselves into my art."

The story of Ybo Landing inspired author Julius Lester's masterful book, The Old African, a stirring legend infused with magical realism that he wrote with Jerry Pinkney's illustrations in mind. "I remember vividly my first reading of The Old African, conscious of the possibility that it could be my next illustration project. I was stunned at the power and poetry of its creative language. But is seemed to me that Julius's text was complete in itself," Pinkney said. "I couldn’t help but ask myself, 'What role could I play?'" He visited the Schomburg Center for Research in Black Culture to immerse himself in information about the enslavement of the Ybo, and reached out to John Oriji, an African historian of Ybo origin. With research in place, he entered the story's narrative and inhabited each character, drawing and redrawing them over and over again. Illustrations for The Old African took two years to complete—a labor of love in tribute to those whose struggle is remembered.