Home > Illustrations > The Round Stone Barn

The Round Stone Barn 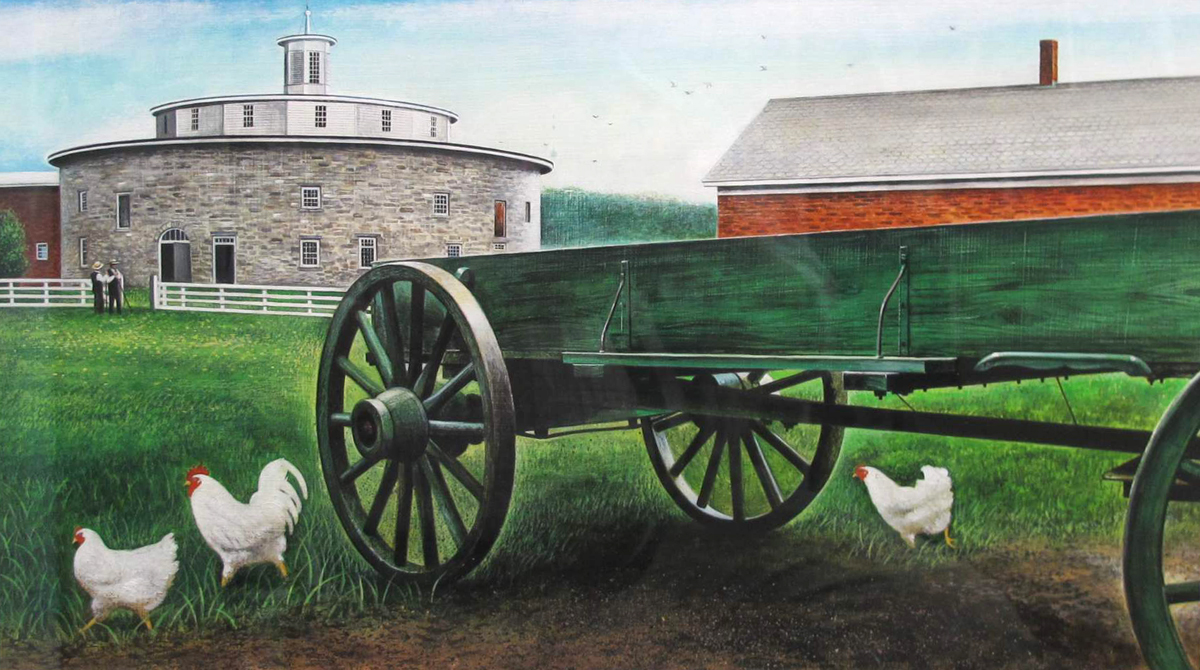 "History is a compilation of individual stories, and many people have undergone profound experiences that have the power to inspire others to greatness too."

Founded by Ann Lee at the end of the eighteenth century, Shaker villages were some of the most successful utopian communities in America. Wendell Minor’s elegantly designed picture book reflects the ordered and industrious existence of the Shakers, who functioned by the motto “Hands to Work, Hearts to God.”

Built in 1826, the Round Stone Barn is the only circular barn ever built by the Shakers. Widely recognized as an architectural icon and agricultural wonder, this unique dairy barn originally stabled 52 milk cows that could all be fed by one individual who was stationed in the center of the space. It’s been attracting visitors to Hancock Shaker Village in Hancock, Massachusetts since it was first constructed―most notably authors Nathaniel Hawthorne and Herman Melville, who actually staged a foot race in the structure.

An enthusiastic historian since his youth, Wendell Minor created his first children’s book illustrations for a biography of Eleanor Roosevelt, which was published in 1970. Immersed in other aspects of the field, his next picture book would not appear until eighteen years later, but since that time, historical themes have been a mainstay of his work.

An ardent champion of young realists, Minor has illustrated and written picture books spanning the vast spectrum of time and place. His thoroughly- researched artworks have featured such noteworthy historical figures as Abraham Lincoln, Rachel Carson, John James Audubon, Sitting Bull, Amelia Earhart, Edward Hopper, and Buzz Aldrin, but planes, trains, and automobiles are as likely to be the heroes of his stories as people. Through his work, the artist hopes to inspire in children an interest in history, and to reflect upon the American experience from diverse cultural perspectives. “History is nothing but a compilation of individual stories,” he has said. “The place and time in which you are born becomes your reference point for the rest of your life.”