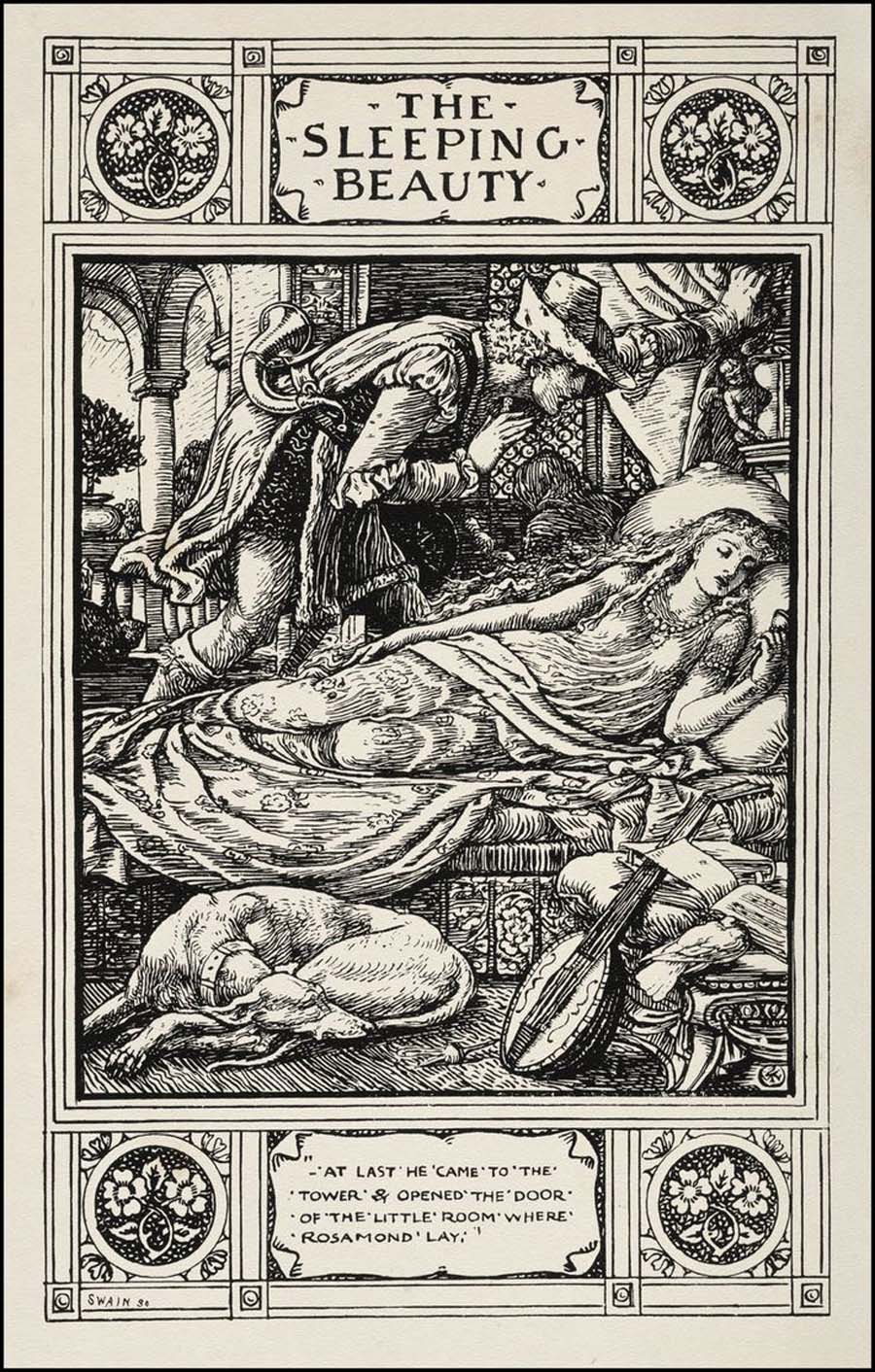 Walter Crane’s illustrations for a new edition of The Brothers Grimm’s Household Stories, published in 1882, was a departure from his usual work illustrating children's literature. Up until this time, Crane had primarily been working on the "Toy Books" for young children, which had established his career as an illustrator. The Brothers Grimm were, and still are, known for their darker fairy tales complete with romance, violence, and moralizing lessons. This publication finally allowed Crane to reach an older audience than he was accustomed to. Visually, Crane’s illustrations borrowed more from the Pre-Raphaelites and Arts and Crafts movement than his previous work. Parallels between his fully decorated pages and William Morris’ future publications through Kelmscott Press can easily be drawn, as the view of the Arts and Crafts movement was that the decorations of a book should work as one cohesive whole. In The British Pre-Raphaelite Illustrators, Gregory R. Suriano states that The Sleeping Beauty is perhaps the closest Crane came to emulating the Pre-Raphaelites decorative style, though Household Stories predates Morris’ Kelmscott Press. Many considered these illustrations, with their “full-page bordered and lettered images, head- and tailpieces, and pictorial initials,” to be Crane’s finest achievement in black-and-white.1