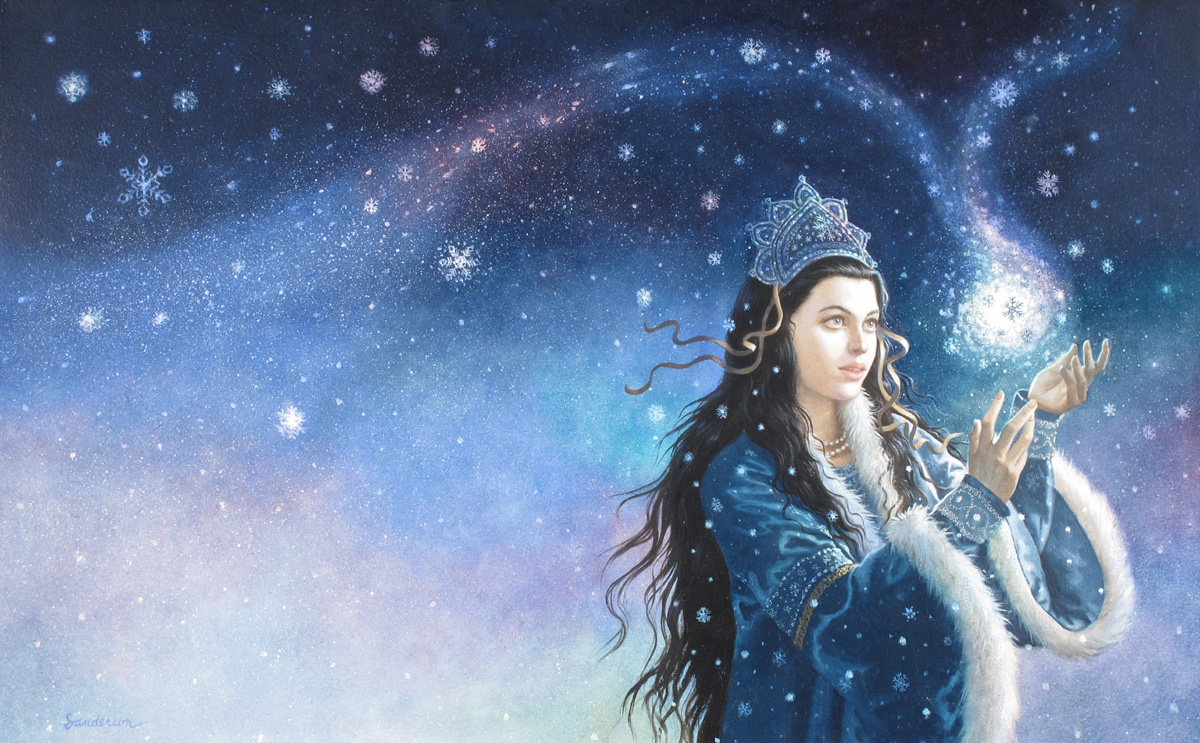 Inspired by The Snow Maiden, a character from Russian folklore featured in nineteenth century adaptations for ballet and opera, The Snow Princess is the tale of a young woman who sets out from her home in the icy north to see the world. Father Frost and Mother Spring warn her never to fall in love, lest she lose her immortality, and she journeys alone through barren deserts of ice and snow through many lands, keeping her heart cold. Despite her parents’ warnings, she finds herself drawn to a kind and handsome shepherd named Sergei and falls in love with him, deciding her own fate in the chaos of a powerful snowstorm that threatens his life.

“In the Russian version of the story, the main character ultimately dies, but since my story is for children, I decided to resolve the ending differently, adding a twist,” the artist said. Like her parents, The Snow Princess is an immortal being, but she becomes human when she fell in love. “Change of any kind can feel like a death of sorts, which is why people have created ceremonies marking life’s transitions from one stage to the next, filling a basic human need. Perhaps we are attracted to stories, whether in book, movie, or video game format, that simulate an experience we have missed in real life, or which help to prepare us for a coming transition. I find it interesting to reflect that I wrote this story when both of my girls were becoming young women. Perhaps it served to help with my own rite of passage into ‘the empty nest.’”