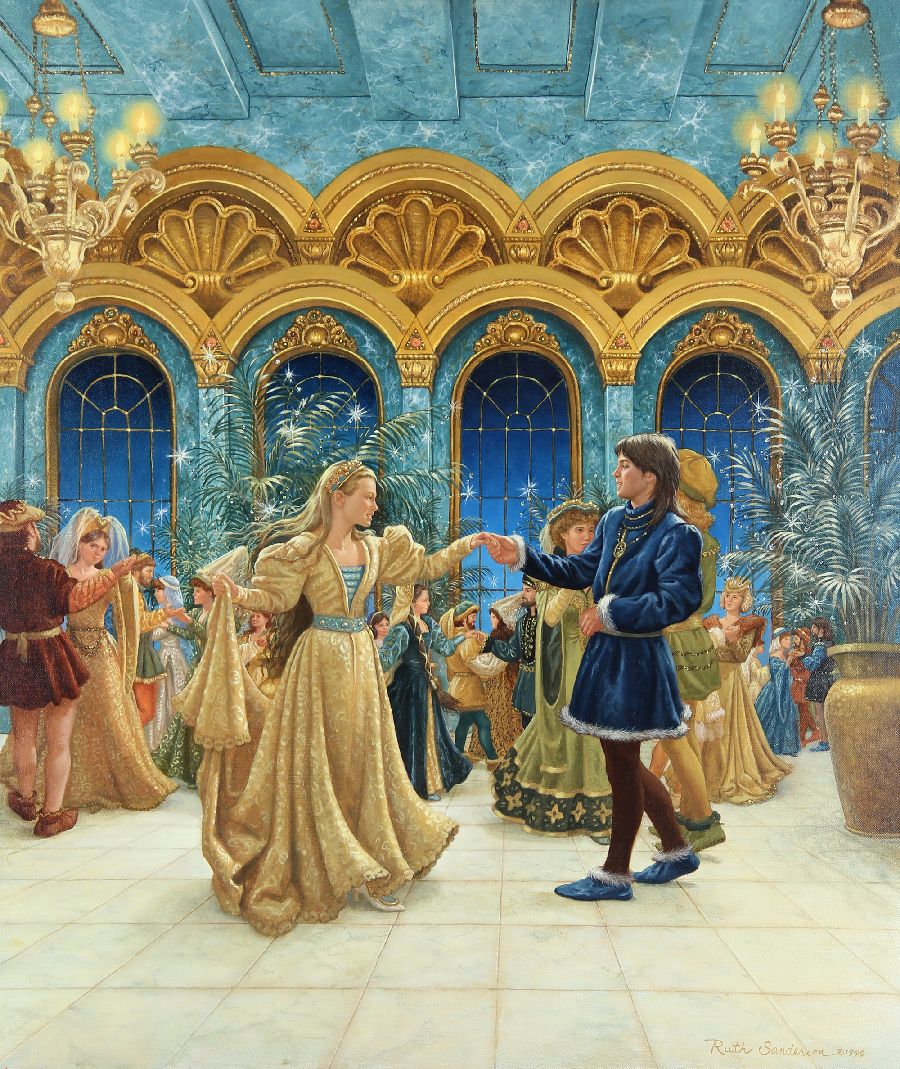 “As a child I played in the woods a great deal, and I remember how mysterious they can become with a little imagination.”

The Twelve Dancing Princesses was Ruth Sanderson’s favorite fairy tale growing up. Her first retelling, it took a year-and-a-half to write and illustrate. “I combined elements from both the French (Perrault) and German (Grimm) versions to arrive at a story that was satisfying to me as both an artist and a writer,” she said. “This is a coming of age story, and the three magical woods that the princesses move through are symbolic of their rite of passage into adulthood.”

Sanderson creates a range of visual effects in her paintings for The Twelve Dancing Princesses, from dramatic lighting to the dazzling shine of jewels and period costumes, which she had designed and sewn for use in her illustrations. The artist’s focus on the many details of character and setting make a wonderful story even better. Notice the stone Pegasus figures atop the pillars, the beautifully-rendered ivy and rose vines climbing the palace walls, and the sweet greyhound that heels to the king and accompanies the princesses. Making their way through the golden wood, Sanderson’s elegant princesses appear almost as a frieze from the pages of an illuminated manuscript or an elegantly-designed medieval tapestry. First published in 1990, this timeless story was released again in 2012 with a re-imagined cover design.