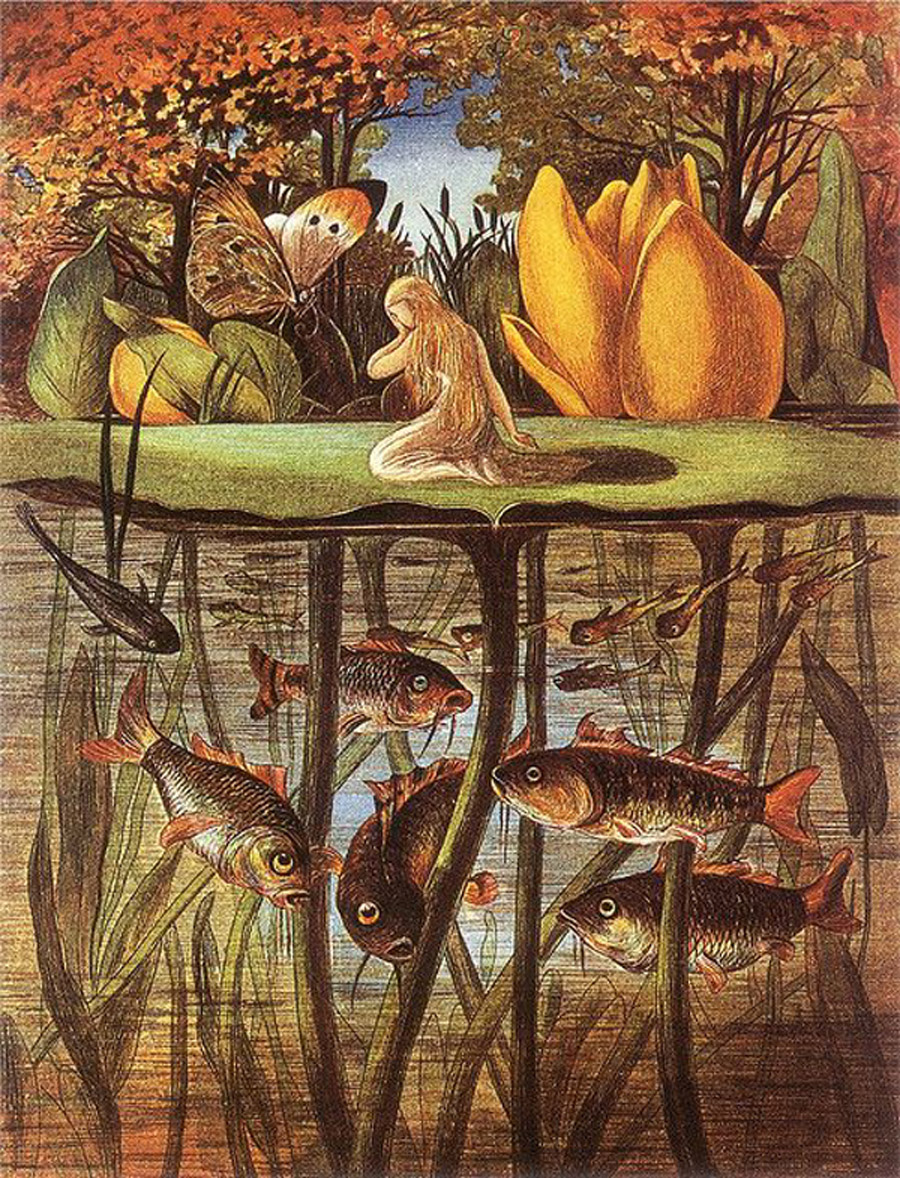 In the swampy margin of a broad stream in the garden lived the toad, with her son. He was uglier even than his mother, and when he saw the pretty little maiden in her elegant bed, he could only cry, “Croak, croak, croak.”

“Don’t speak so loud, or she will wake,” said the toad, “and then she might run away, for she is as light as swan’s down. We will place her on one of the water-lily leaves out in the stream; it will be like an island to her, she is so light and small, and then she cannot escape; and, while she is away, we will make haste and prepare the state-room under the marsh, in which you are to live when you are married.”

Far out in the stream grew a number of water-lilies, with broad green leaves, which seemed to float on the top of the water. The largest of these leaves appeared farther off than the rest, and the old toad swam out to it with the walnut-shell, in which little Tiny lay still asleep. The tiny little creature woke very early in the morning, and began to cry bitterly when she found where she was, for she could see nothing but water on every side of the large green leaf, and no way of reaching the land.