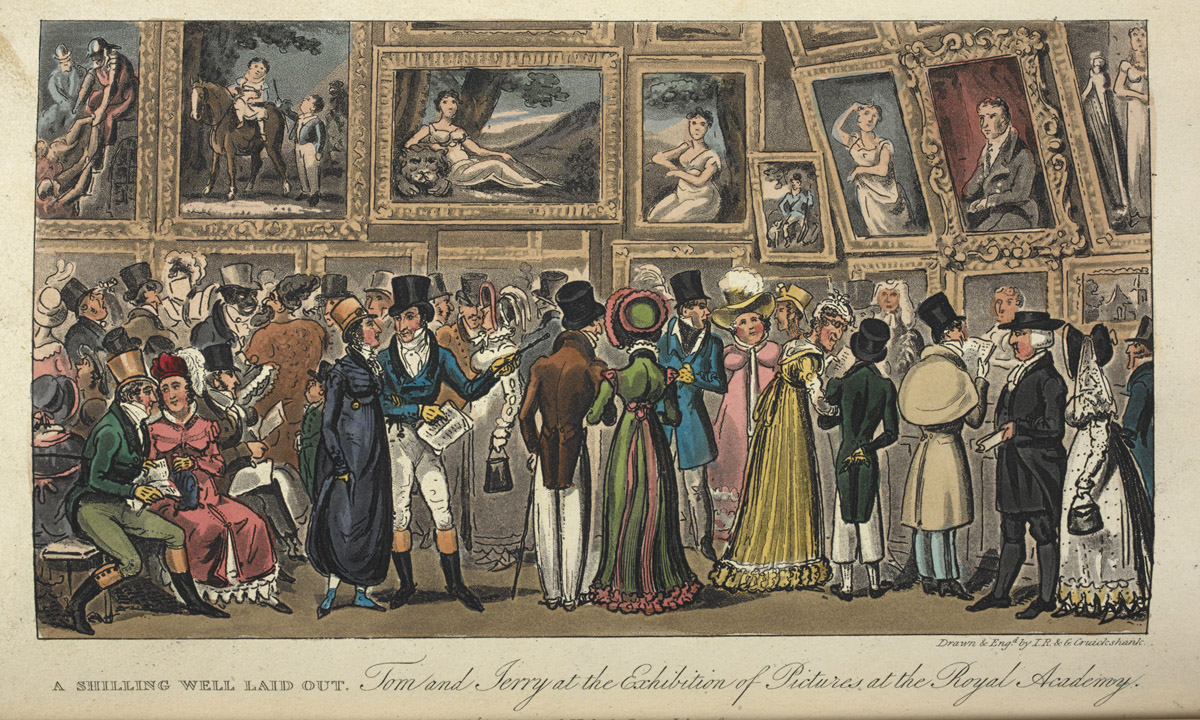 George and his brother, Isaac Robert, illustrated Life in London for their friend Pierce Egan in 1823. The book was described as “a faithful Portraiture of High & Low Life” in London, and the events were largely autobiographical depictions of the escapades and misadventures of Egan and the Cruikshank brothers. Life in London was a monthly publication that became popular with the people of London, and featured the characters of Tom, Jerry, and Logic. It was a comical look at life in both the rich and poor areas of London, sometimes showing scenes of people from different classes and races all intermingling throughout the city. Before the 19th century, it was rare to find an account of what life was like for the urban poor, especially in East London. Though the scenes depicted in Life in London are fictional, the amount of detail provided by the Cruikshanks suggest that the scenes may provide an “authentic social picture.”1

This particular scene shows Tom and Jerry accompanying the Misses Trifle to the Exhibition at the Royal Academy. The early 1800s saw a massive rise in the number of visitors to the Royal Academy, with more than 67,000 people viewing the art every year. They held an Annual Exhibition, also known as the Summer Exhibition, or, in this case simply “The Exhibition” which was the most prestigious showcase of British art. As can be seen in this etching featuring Tom and Jerry, the crowd of upper class visitors indicates that it was also a highlight of the London social calendar.

1. The Gentle Author. “Tom and Jerry’s Life in London.” The British Museum. May 15, 2014. https://www.bl.uk/romantics-and-victorians/articles/tom-and-jerry-life-in-london.