Home > Illustrations > View of the World from 9th Avenue

View of the World from 9th Avenue 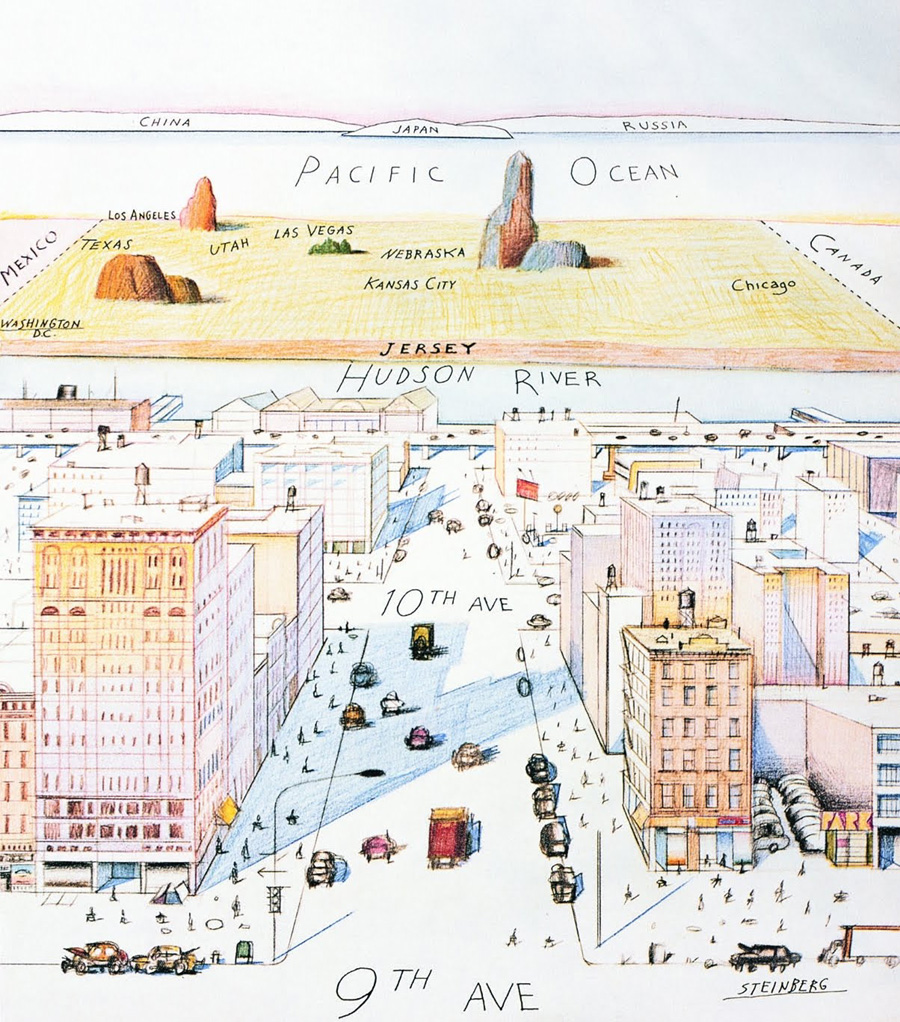 “View of the World from Ninth Avenue” is Saul Steinberg's most famous work, and its fantastic success beguiled its creator. Beyond busy, shabby West Side streets, nine named and vaguely distributed locales—New Jersey, Washington, D.C., Chicago, Kansas City, Nebraska, Texas, Utah, Las Vegas, and Los Angeles—and the odd mountain represents what’s memorable in a tidily rectangular nation, which ends at a notional Pacific Ocean. In the far distance, uniform humps suffice for Japan, China, and Russia. There’s no Europe—a zone behind the eyes, and perhaps shaping the mind, of an East Coastal gaze. The image has been interpreted as an encompassing joke on Manhattan insularity. Saul Steinberg created 85 covers and 642 internal drawings and illustrations for The New Yorker during his career. On October 17, 2005, American Society of Magazine Editors unveiled its list of the top 40 magazine covers of the prior 40 years, and ranked View of the World from 9th Avenue in fourth place. The listing stated that the work "...has come to represent Manhattan's telescoped perception of the country beyond the Hudson River."