Home > Illustrations > Above The Timberline 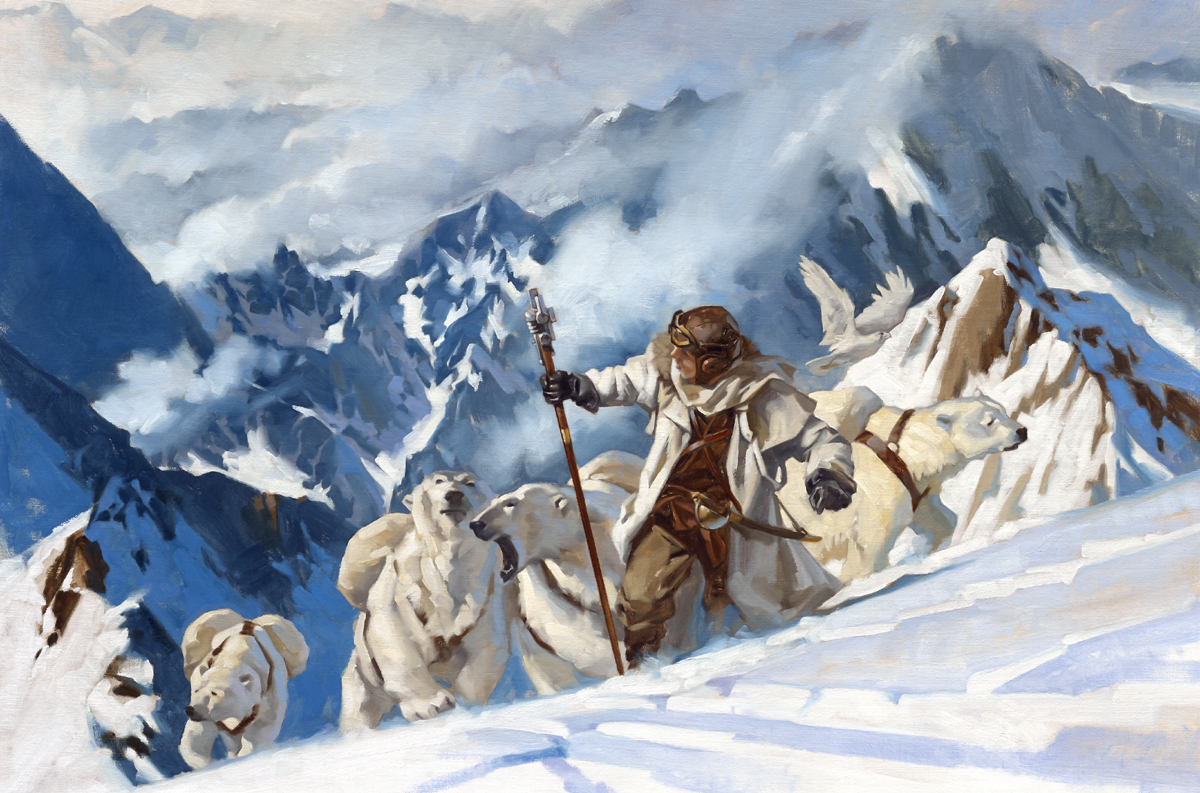 What would eventually become the cover art for Above the Timberline began as a casual art exercise for a filmed interview. Manchess recalls, “I had a crew that came in to film me doing a painting on camera, and I didn't know what I wanted to do. I was talking to my friend Irene Gallo on the phone and she said, ‘Well, you're pretty good with snow. Why don't you do a polar bear? How about a guy riding a polar bear?’ and I said, ‘Maybe not riding a polar bear.’ Then I thought, ‘Maybe a guy with polar bears…’ and I sat down and did two thumbnail sketches and I knew exactly where I was going with it.”