Home > Illustrations > Apollo Lift Off from the Moon

Apollo Lift Off from the Moon 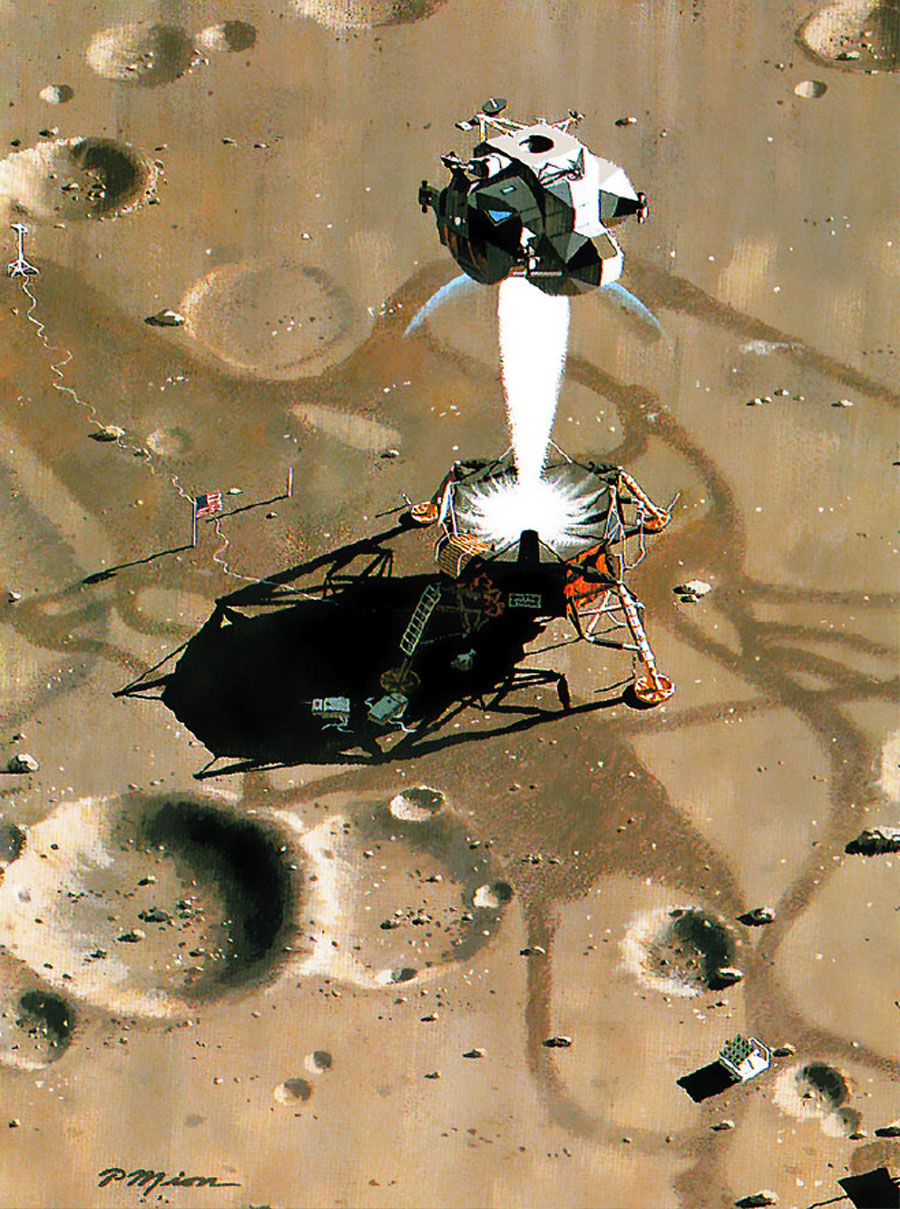 In this ascent stage of Apollo 11, "Eagle" lifts off from Tranquility Base on the first leg of it's voyage home. Pierre Mion studied the television downlink and the photos taken by the crew to accurately show the traverse routs and most of the equipment left behind. The image appeared in "The Flight of Apollo 11: One Giant Leap for Mankind," National Geographic, Vol. 136, No. 6, December 1969.