Home > Illustrations > Aspects of Negro Life: The Negro in an African Setting

Aspects of Negro Life: The Negro in an African Setting 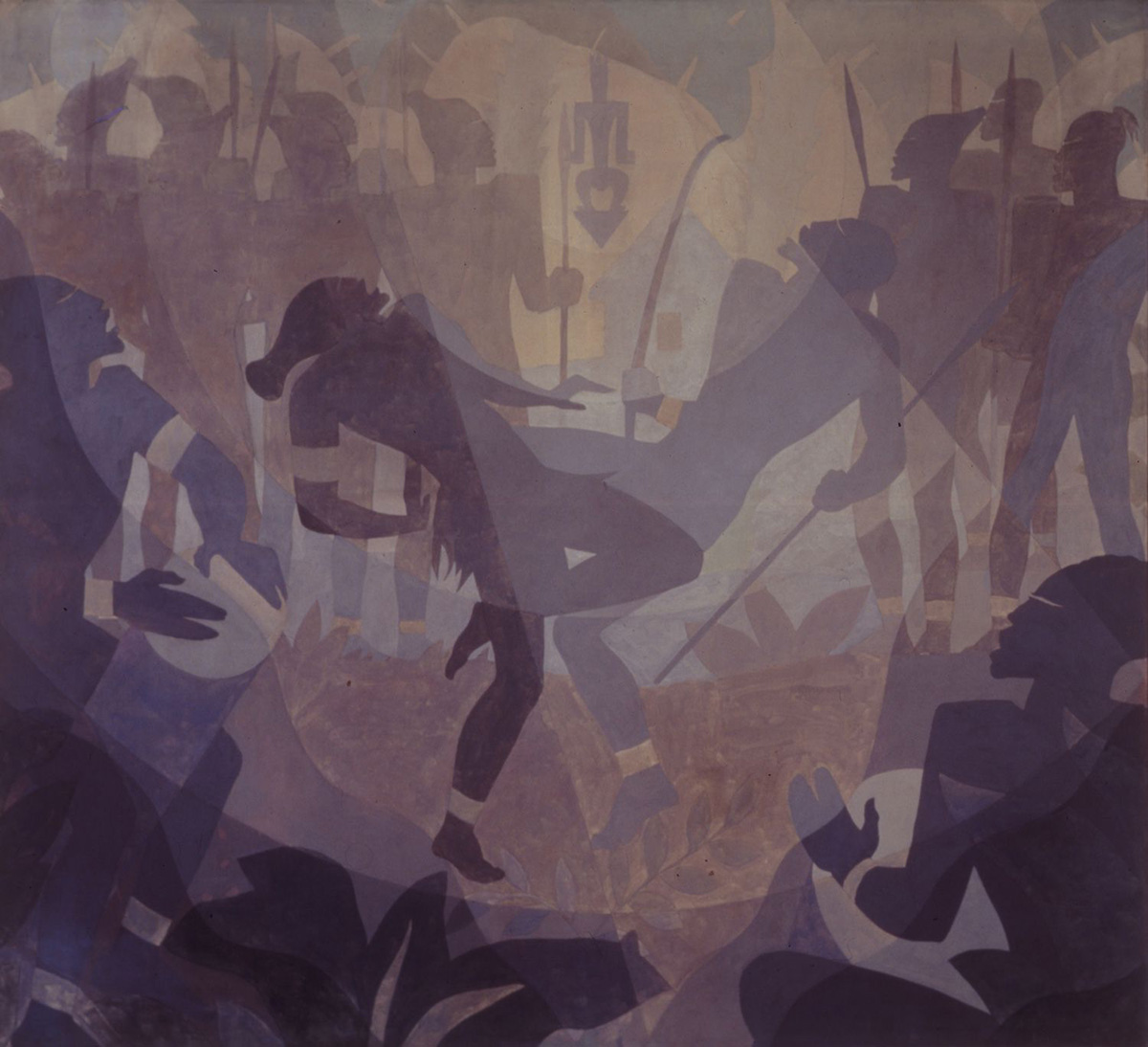 Completed in 1934 alongside the other three murals for the New York Public Library, Aspects of Negro Life: The Negro in an African Setting combines Douglas’s adoption of African cultures and themes with that of his cubism-inspired style of illustration. Douglas utilizes aspects of cubism to simplify his figures as well as keep with the range of colors that he often employs in his paintings and illustrations. Here he uses many different shades and gradations of the color purple to draw the viewer in. Often the color purple was used to represent royalty in western culture. In Douglas’s painting, he “elevates” African cultures to this same status, and emphasizes the importance of dance within these cultures. He places circles within his painting, marking music as greatly important in African cultures. The circles also draw focus towards the figure at the top of the painting, highlighting the importance of African sculpture as well. This figure perhaps represents works such as the reliquary figures found amongst groups such as the Fang people in Gabon, Africa.