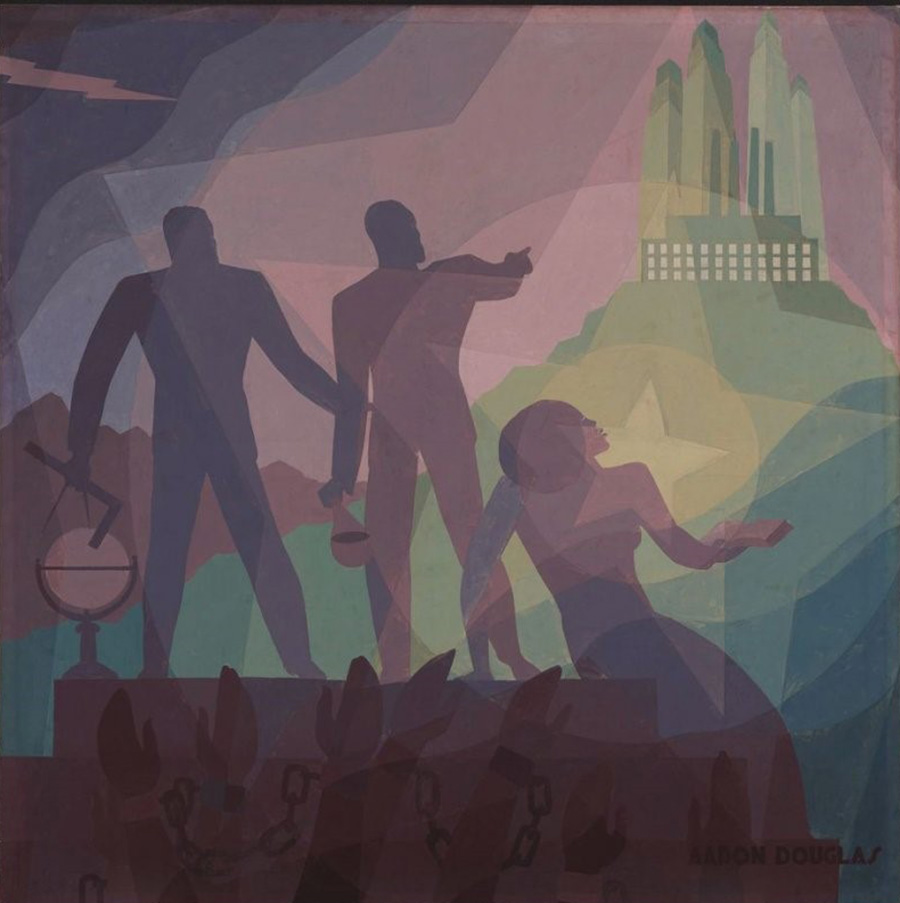 Created for the Texas Centennial in 1936, Aspiration creates a link between African American and Egyptian cultures and imagery. In a tripartite composition, Douglas narrates the historical progression of blacks from transatlantic slavery up to the freedom and innovations of future Africans/African Americans. As shackled hands rise up from wavelike curves, which represent the transatlantic passage of slave ships, three figures rest upon a podium looking up at a city on a hill. Douglas draws on ancient Egyptian art in the representation of the female figure with the same frontal position of the shoulders as well as the hair wig that men and women wore. The two men represent the education of blacks in America as well as progress towards a future where discrimination is no more. The star overlapping the female figure can be seen as the representation of Texas, the Lone Star State. However, for an African American viewer, they would’ve seen it as the North Star, which helped slaves find their way north to freedom.