Home > Illustrations > Can You Swallow This?

Can You Swallow This? 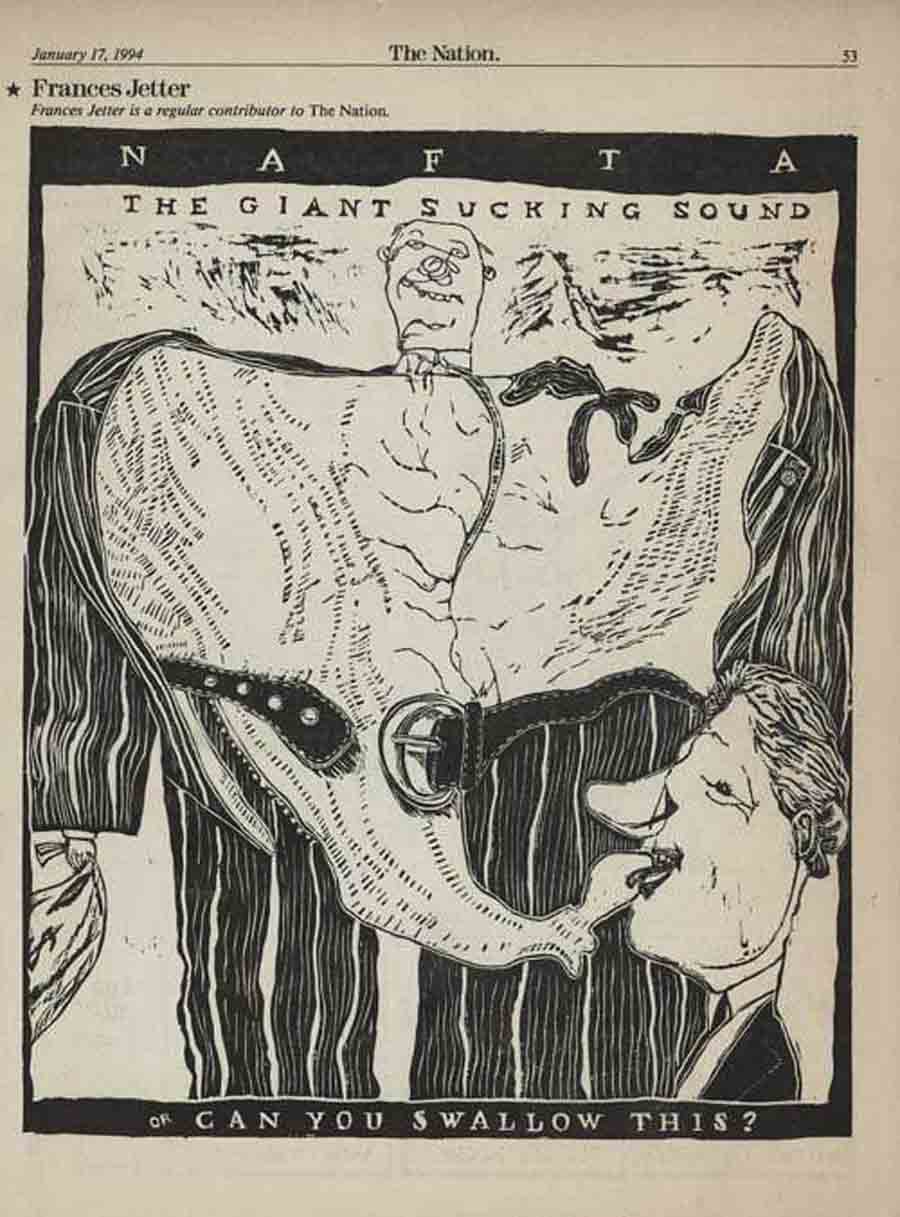 "This was done for The Nation in 1994. I was angry about NAFTA, which Clinton was for, and which would be good for Business, and bad for Labor. Ross Perot had referred to 'the giant sucking sound you'll hear'-which was jobs sucked away, over the border. (This was done before the Monica Lewinsky scandal)"