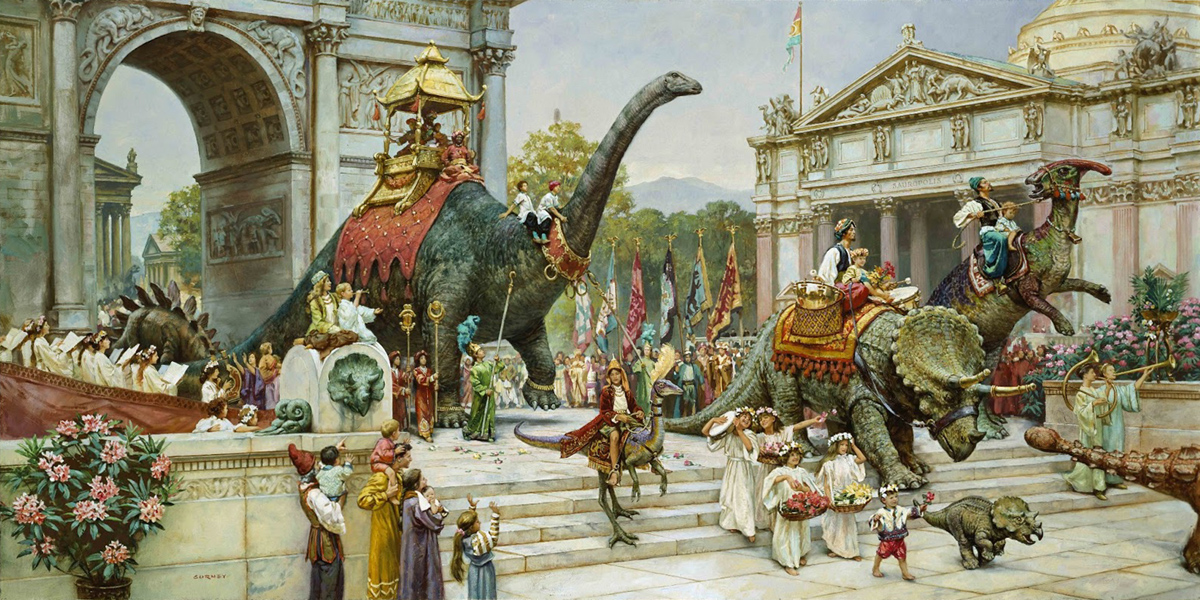 This regal springtime panorama is among James Gurney’s painterly series of “Lost Empire” pictures―large-scale works inspired by such classical utopias as Atlantis and El Dorado. A pivotal painting, it was the first of his images to introduce fully-realized dinosaurs into peopled settings.

Upon viewing the painting one day, the artist’s brother Dan offered a unique perspective, “Instead of making [them] beasts of burden...why don’t…the dinosaurs domesticate the humans?” This opened a new way of seeing for the artist, who began envisioning a world in which dinosaurs and humans could live in mutually-dependent harmony. Completed in 1989, the painting was published three years later in A Land Apart from Time, the first book in the Dinotopia series.