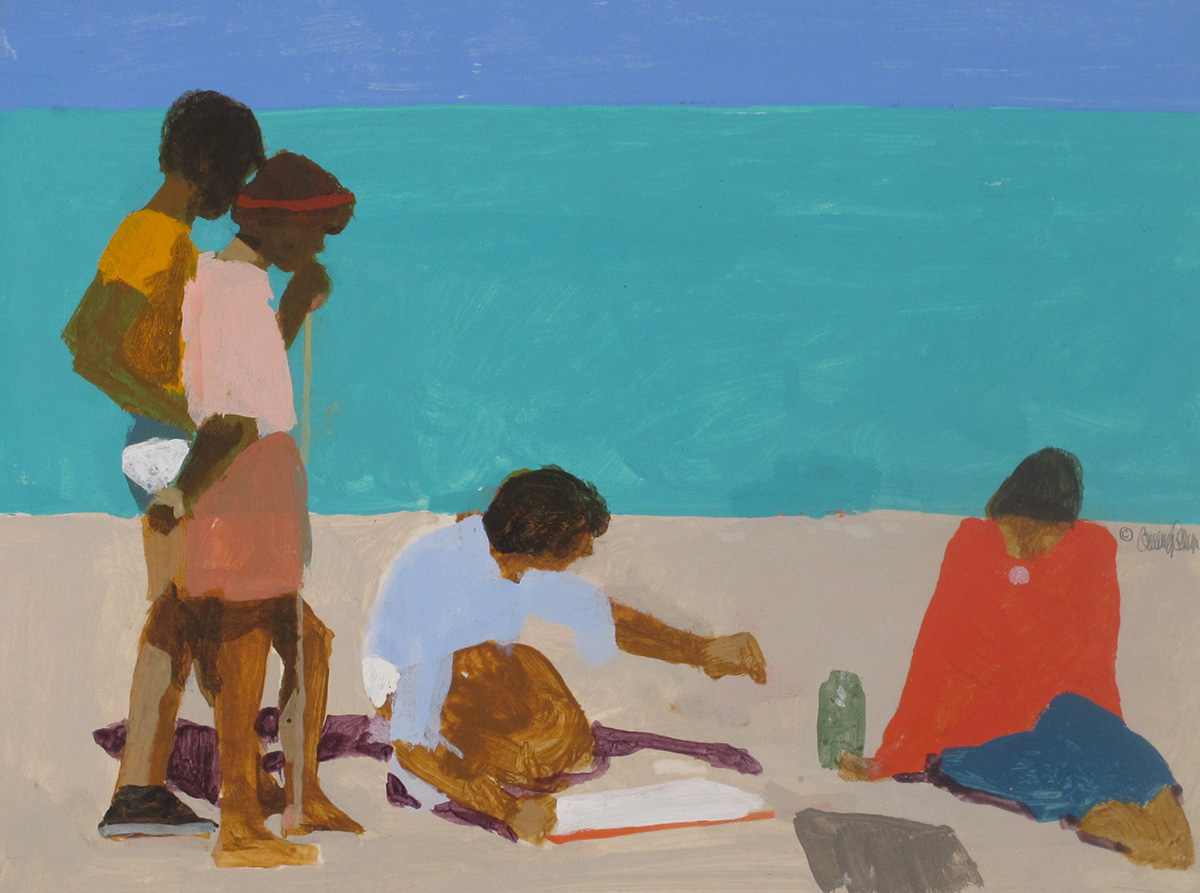 “…Mr. Cunningham is originally from Kansas, and his native ground has been an inspiration for the flat, bright planes of color that characterize his work.” William Zimmer, “New York Times”

A prolific freelance illustrator from the mid to late twentieth century, Robert M. Cunningham created imagery for many notable clients, including Sports Illustrated, GE, Mobil, Alfa Romeo, AT&T, ABC, New York Racing Association, Bankers’ Trust, The Metropolitan Opera, New York Philharmonic, Panasonic, and Chevrolet. A respite for the artist and his wife, fashion illustrator Jean Ratley Cunningham, Eleuthera in the Bahamas became the impetus for a series of personal paintings inspired by the island’s tropical landscape. In this work, horizontal blocks of color are broken by the vertical forms of three figures in a rhythmic composition that is as much abstract as it is realist. Hundreds of photographic slides, taken as references for his art, captured his locales and allowed him to explore compositional possibilities.