“Marilyn Monroe” The Love Goddess Who Keeps Right on Seducing 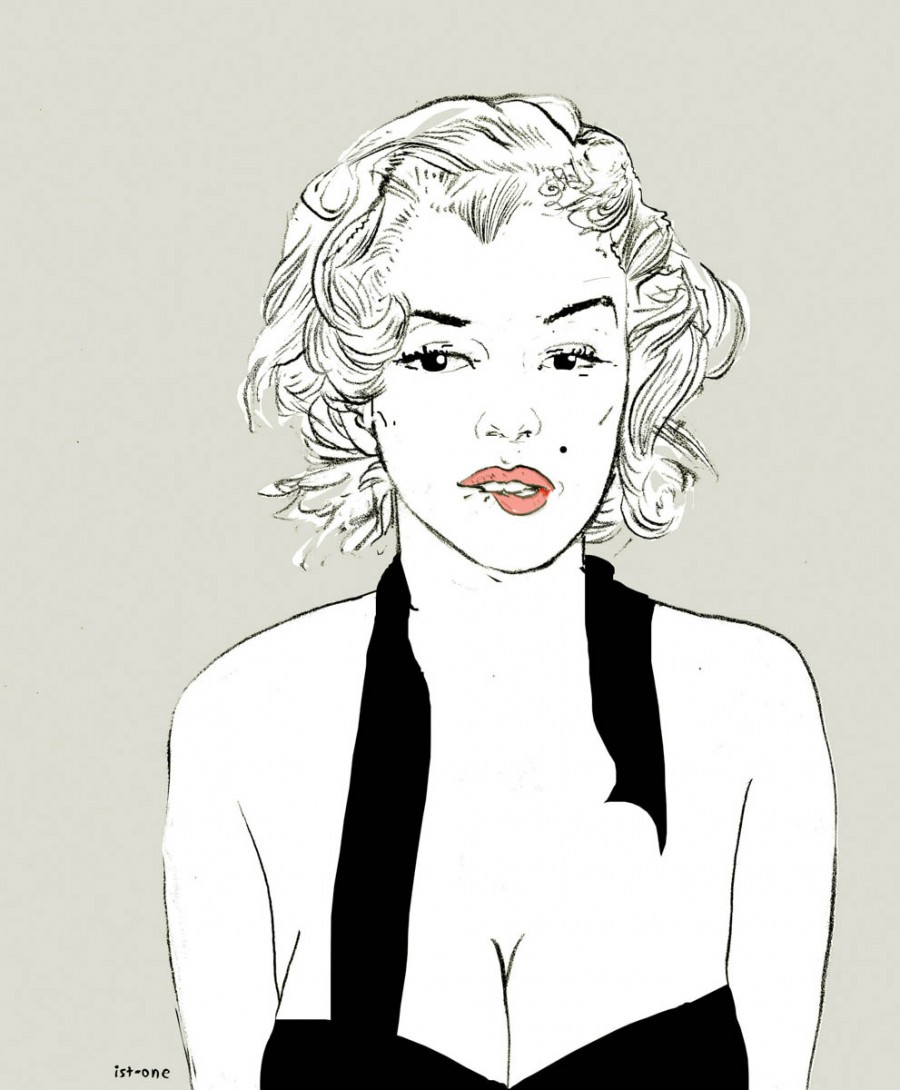 In Marilyn Monroe, The Love Goddess Who Keeps Right on Seducing, author Maureen Dowd explores society’s continued fascination with actress Marilyn Monroe, who died at the age of 36 in 1962. The author points out that “she made $27 million last year, gobs more than she ever earned in life. She was the poster girl at Cannes, a festival she never attended. And her time in England making 'The Prince and the Showgirl' was the subject of a movie that got two Oscar nominations, even though the golden girl never won a gold statuette herself.” In addition, “there’s a fresh cascade of books, photos, Twitter messages, Blu-ray box sets, Marilyn Monroe Cafes, Marilyn nail salons, and a MAC makeup collection.” In Banyai’s stirring image, Marilyn Monroe conveys both strength and vulnerability, observing it all from another place.