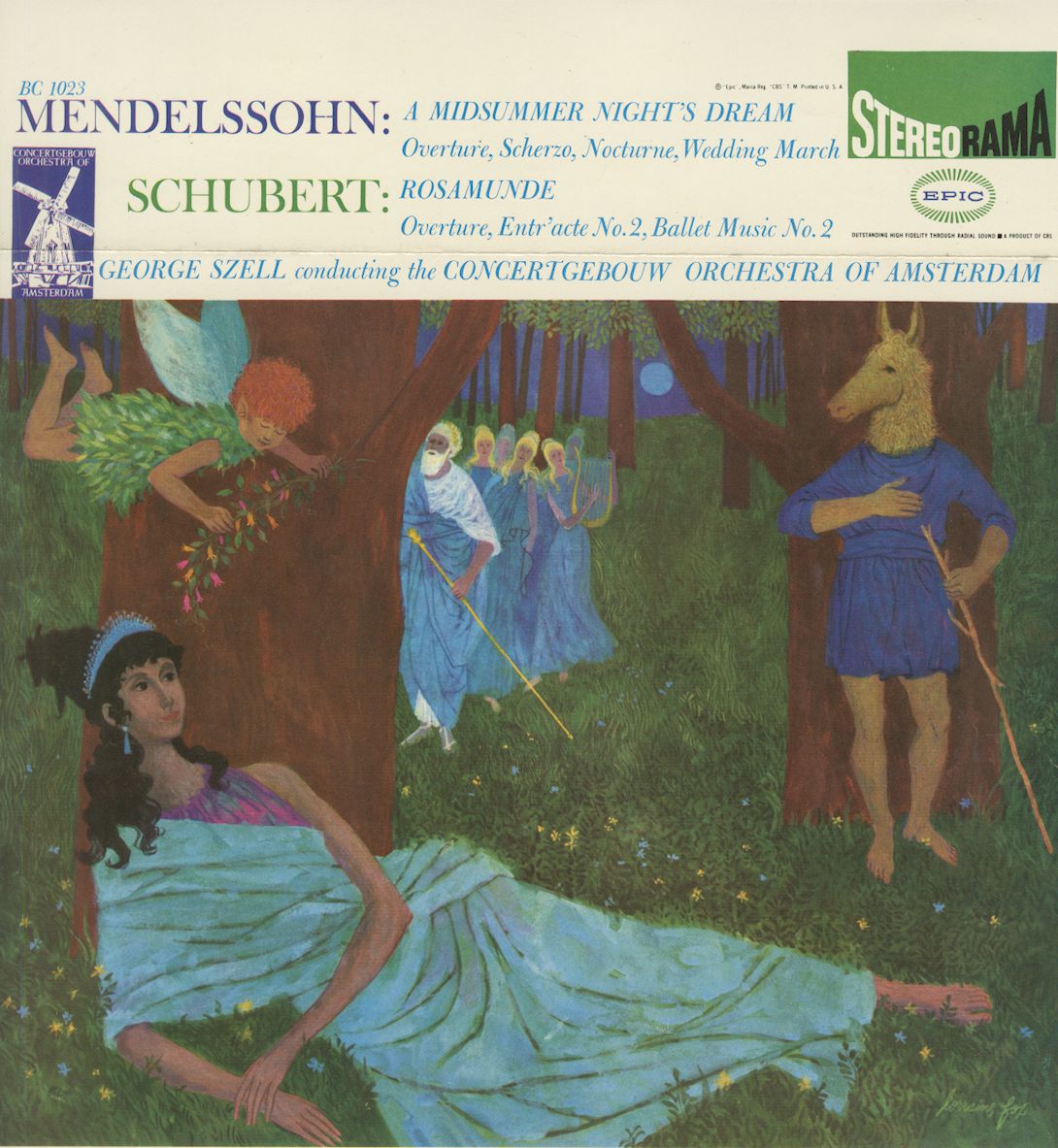 By this point in her career, Fox’s artistic execution had become sketchier, and she was participating less in commercial endeavors, which often demanded clean lines and simplistic forms. Some time before this, her style had transformed into one that prioritized narrative storytelling rather than simple design.

This painting was used for the cover of a record featuring Mendelssohn and Schubert’s works, and refers to the recording of Mendelssohn’s arrangement for Shakespeare’s most popular play, A Midsummer Night’s Dream. The composition has four intertwining plots, chronicling the adventures of four young Athenian lovers and a group of six amateur actors (the “mechanicals”—all pictured in Fox’s painting) who are manipulated by the fairies who inhabit the forest where much of the play, and Fox’s depicted scene, are set. The painting shows the moment when Titania awakes to the singing of Nick Bottom, a mechanical, whose head has been turned into that of a donkey’s. Because she has been given a love potion by the fairy, Puck (pictured floating), Titiana falls madly in love with Nick the moment she awakes.