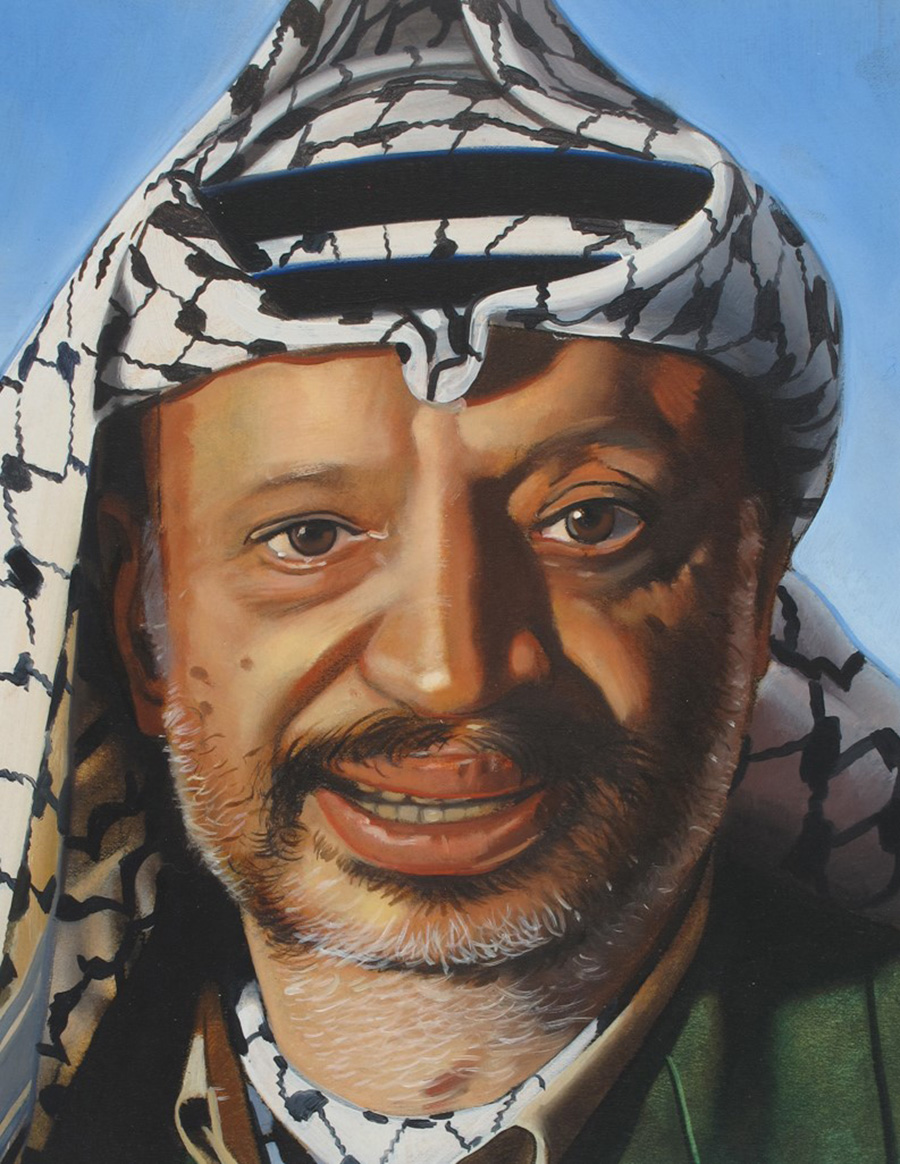 It's a matter of mood as much as likeness. If you capture a mood, you also capture a viewpoint. I don't necessarily start off with a particular point of view, but if there isn't one by the time I've finished, I've failed.

This striking portrait of Palestinian political leader Yasser Arafat was featured in Time in 1993, during the historic signing of the Oslo agreement, which placed the Israeli-occupied Gaza Strip and eventually the rest of the West Bank under Palestinian rule. He was Chairman of the Palestine Liberation Organization from 1969 to 2004, and President of the Palestinian National Authority from 1994 to 2004. In 1993, Arafat and Israeli Prime Minister Yitzhak Rabin were named “Men of the Year” by Time.