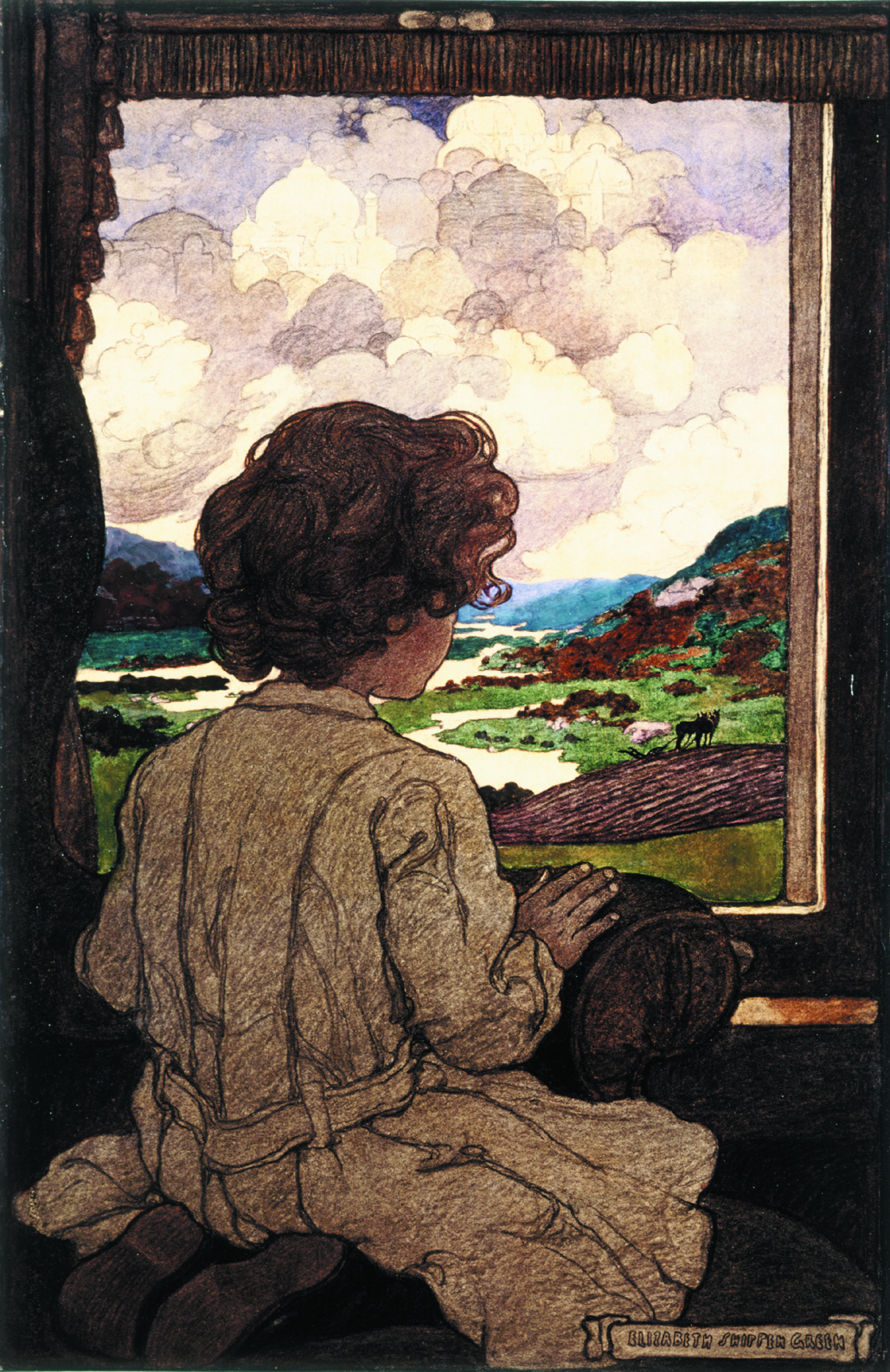 This illustration first appeared in Harper’s Monthly Magazine and later in a book to accompany the poem, The Little Past, composed by Josephine Preston Peabody. In the age of the horse and buggy when life moved at a slower speed, Peabody described the sensational thrill of a child’s first train ride.

I never saw the hills so far

And blue the way the pictures are;

But not a one for me to pick!

The land was running from the train,

All blurry through the window-pane.

And then it all looked flat and still,

When up there jumped a little hill!

I saw the windows and the spires,

And sparrows sitting on the wires;

And fences running up and down;

And then we cut straight through a town.

And ponds that twinkled, and dried up.

I counted meadows, that were burnt;

We crossed the bridges with a roar,

Then hummed, the way we went before.

And tunnels made it dark and light

Until I saw the chimneys rise,

And when they took me through the door,

I heard it all begin to roar.—

I thought—as far as I could see—

That everybody wanted Me!