Cover of “The Steadfast Tin Soldier” 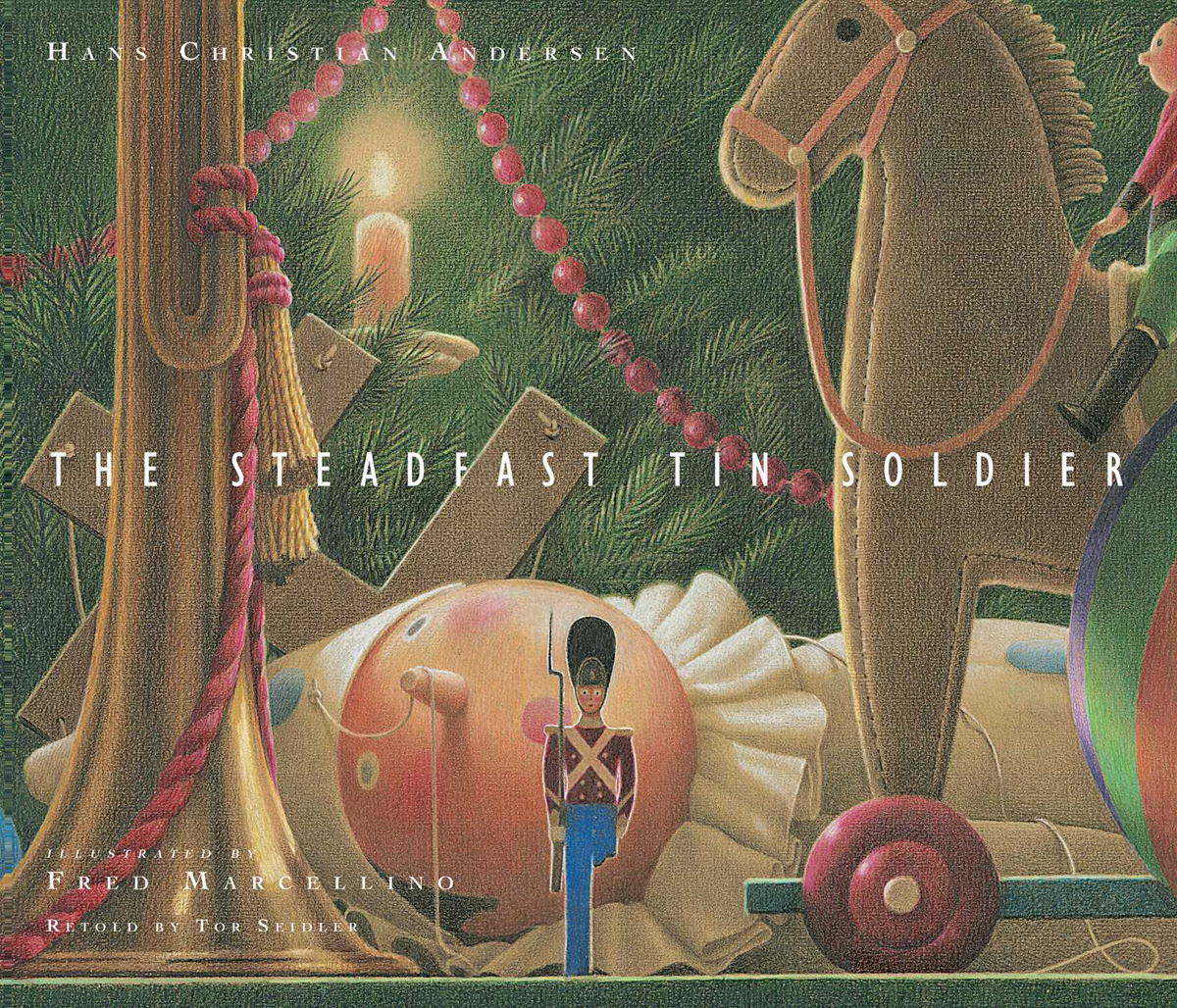 The Steadfast Tin Soldier was one of Hans Christian Anderson’s earliest original tales, which first appeared in 1838 during the holiday season. Fred Marcellino chose this romantic tale of a one-legged toy soldier and the paper ballerina he admires from afar for his second picture book for children. First introduced to the story at a performance of a George Balanchine ballet of the same name, he considered it to be one of Anderson’s most interesting works. “Such a tender story,” Marcellino commented, “but dark and wickedly funny at the same time. Just my cup of tea.”

To create a sense of authenticity and atmosphere in the book, the artist traveled to Copenhagen, Denmark, Andersen’s home from age 14. There, he sketched and photographed local architecture and street scenes, and visited antique shops in search of period costumes and props.