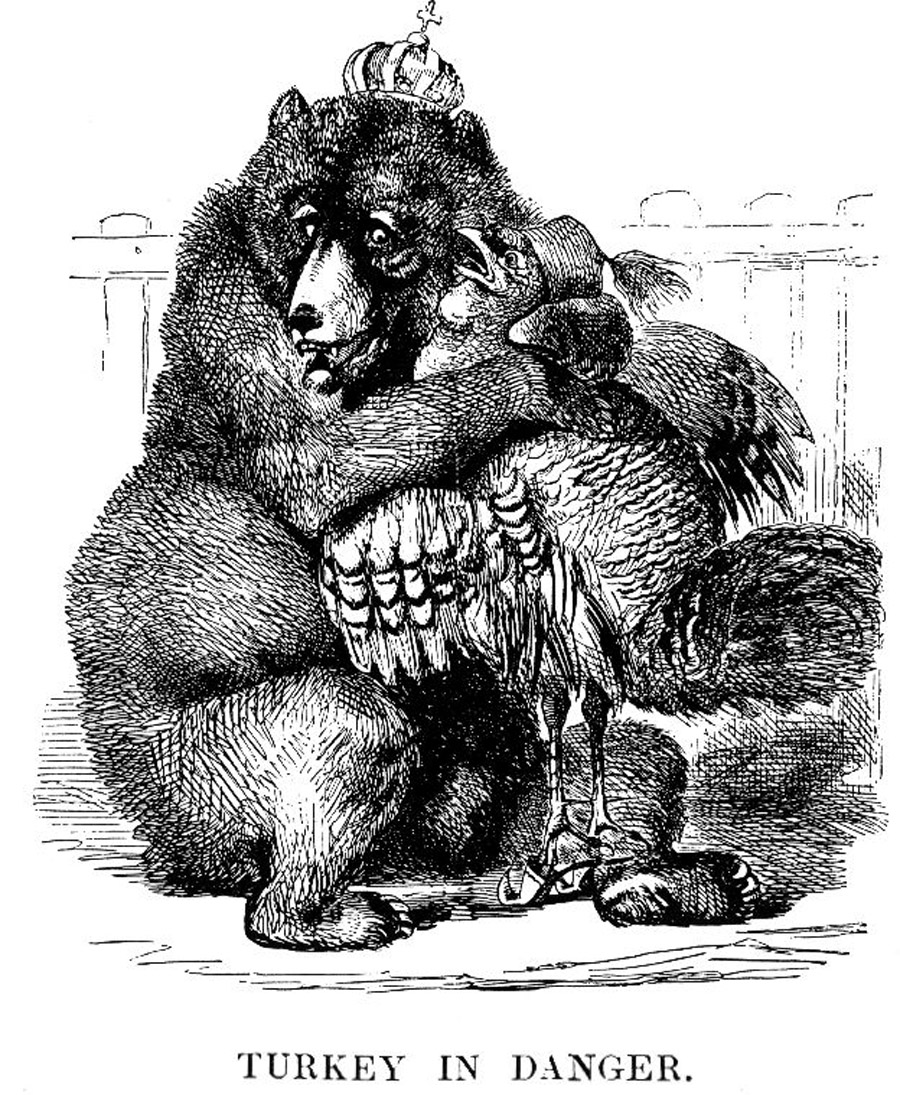 John Tenniel began a career at Punch Magazine in 1850, when Richard “Dicky” Doyle, another well-known cartoonist, resigned from his position. Tenniel, like George Cruikshank, did not profess to harbor any political views, which made him an ideal person to create impartial cartoons for both sides of the political spectrum. His career at Punch spanned fifty years, and eventually Tenniel moved up the ranks to principal cartoonist. Throughout his time at Punch, he created around 2,000 cartoons which appeared in more than thirty books. His cartoons greatly influenced many cartoonists and illustrators of the time, and have continued to do so since. Tenniel’s best work is considered to be his humorous animal drawings, such as that of Turkey in Danger. “The Crimean War inspired Tenniel’s first great animal cartoons--the panicked Turkey receiving a huge bear hug from Russia’s Bruin…”1

1. Frankie Morris, Artist of Wonderland: The Life, Political Cartoons, and Illustrations of Tenniel Charlottesville: U. of Virginia Press), 62.