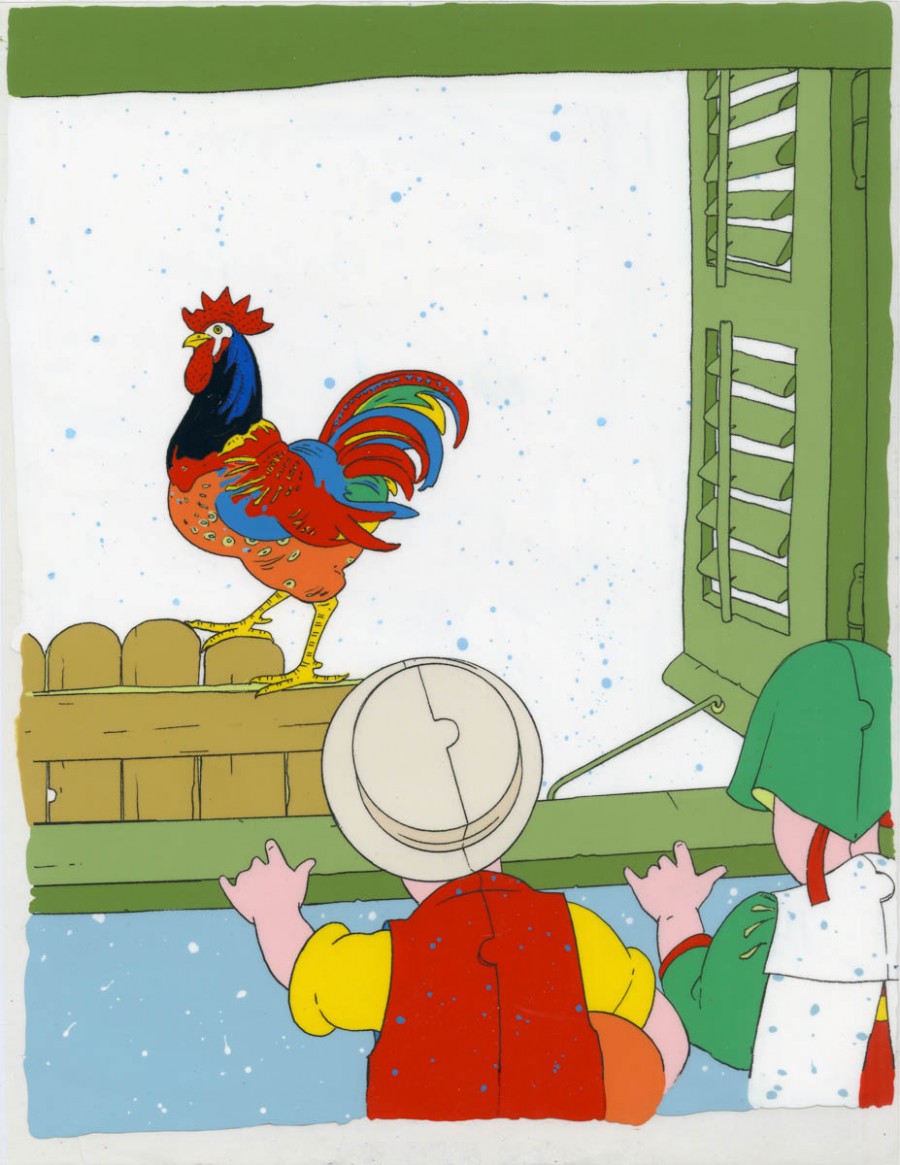 In 1995 Banyai enjoyed the breakout success of Zoom! his first wholly conceived wordless book.  The work became an international success, garnering critical and popular acclaim. This important work, which took readers on a visual journey in which images unfold, one into the other, expressed his reoccurring fascination with sense of place and perspective. Published in eighteen countries, the book was also optioned by Nickelodeon, which produced an animated short that became one of the network’s early signature productions. In 1998, a reprise of this theme appeared in Re-Zoom!, another innovative wordless book in which nothing is as it seems.