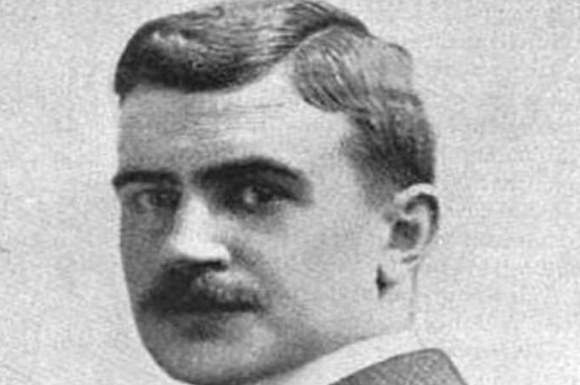 At a young age, Edward W. Kemble (1861-1933) was sent to Philadelphia for boarding school. Although he had an affinity for drawing, he chose to become an accountant for Western Union after graduation, a job that paid him $10 a week. He maintained drawing as a hobby until 1880, when, at the urging of a friend, Kemble sent his cartoons to Harper’s Bazaar. To his surprise, the journal offered him $70 for four cartoons. He immediately quit his job to become a full-time contributor.

Kemble found himself in the perfect place for such a career, as Philadelphia at this time was a creative mecca, brimming with artistic output. But it was not long before the artist followed his career to New York, where, like many others looking to progress their abilities, he became a political cartoonist for the New York Graphic by day, and a student at The Art Students League by night.

Kemble also completed cartoons for the conglomerate, Hearst newspaper, which offered growth opportunities for the artist. Because of its massive size, the company allowed more artistic freedom and, because of its and profitable nature, the luxury of running its illustrations in color.

After some commercial success, Kemble began illustrating for books. Huckleberry Finn was to be Kemble’s first book and his biggest success. Mark Twain requested Kemble personally, and the drawings he produced are what Kemble is now most known for. There are approximately 175 illustrations in Huckleberry Finn, for which he was paid a sum of $2,000.[2]

Kemble’s representation of black southern culture alternates between presenting them with either “great empathy or with the most outrageous of stereotypes.”[3] At the time, the American readership appreciated these seemingly humanistic approaches to replicating black rural America. Kemble was even considered a “specialist” in “negro drawings,” which became the reason for his commission to illustrate Uncle Tom’s Cabin.[4] Today, his African American imagery is problematic for its recollection, perpetuation, and promotion of a number of harmful stereotypes like the “pickaninny,” “mammy,” and “Uncle Tom” caricatures.[5]

Edward Kemble is appreciated today for his pioneering illustration style that lent itself as a major contribution to what would become the American comic book style. The Society of Illustrators recognized him most recently for his work in 2007, when he was inducted into their Hall of Fame.