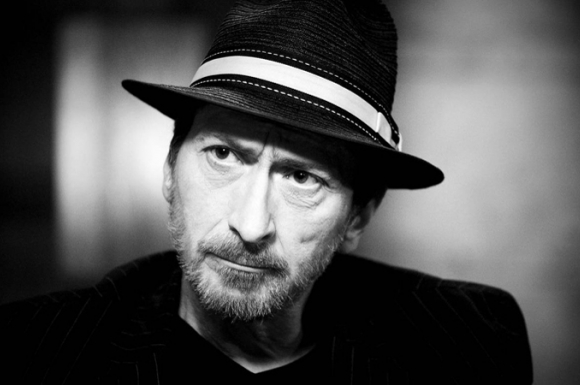 Frank Miller is regarded as one of the most influential and awarded professionals in the entertainment industry today, known for his intense, hard-boiled storytelling and gritty noir aesthetic across comics, graphic novels, and film.

In 1979, 22-year-old Frank Miller began drawing for Marvel’s bi-monthly Daredevil comic book. Just over a year later Miller was given complete control over writing and drawing Daredevil. Within one of the first issues in which Miller wrote Daredevil, he introduced a character of his own creation – Elektra.

In 1982, Miller created the story and artwork for Wolverine’s solo debut in Wolverine #1. Four years later, DC Comics released what would become one of Miller’s greatest achievements. Batman: The Dark Knight Returns features a 60-year old Bruce Wayne who has not worn the costume of Batman for the ten years since Robin was murdered by the Joker. He comes out of retirement to face a much darker Gotham City where he is joined by female Robin, Carrie Kelly. The story culminates in a battle between Batman and Superman – the purest superhero of all.

Miller’s next major project was the following year writing for a run of Batman issues collectively named Batman: Year One, which detailed Batman’s first experiences in fighting crime as he built a relationship with young policeman Jim Gordon.

In 1991 Miller began work for Dark Horse Comics on the Sin City comic book series, which he would revisit over the next two decades, both in comic books and in two feature films. Sin City was painted in stark black and white and focused on the exploits of the criminals of a fictional western U.S. city. The Sin City books have garnered numerous awards, including two Harvey awards for Best Graphic Album of Original Work in 1998 and Best Continuing Series in 1996; and six Eisner Awards, including those for Best Writer/Artist, Best Graphic Novel Reprint, Best Cartoonist, Best Cover Artist, Best Limited Series and Best Short Story.

In 1998, Miller wrote and illustrated 300, which tells of the battle of Thermopylae in which a Persian army invaded Greece in 480 BC. In 2001, Miller revisited the Batman universe with Batman: The Dark Knight Strikes Again and in 2017 wrapped up the third entry in his Dark Knight comic book series with The Dark Knight III: The Master Race. He is currently drawing a prequel to 300 titled, Xerxes: The Fall of the House of Darius and the Rise of Alexander.

Miller made his feature film directorial debut in 2005 with Sin City, the adaptation of his graphic novel, which he co-directed with Robert Rodriguez. The critically acclaimed film was nominated for a Palme d'Or at the 2005 Cannes Film Festival, won the Austin Film Critics Award, and garnered a Czech Lion nomination. In 2015, Miller and Rodriguez returned as co-directors on a sequel – Sin City: A Dame to Kill For – which reunited the duo with returning cast members as well as series newcomers Josh Brolin, Joseph Gordon-Levitt, Eva Green, and Lady Gaga among others.

In 2015, Miller was inducted into the Will Eisner Award Hall of Fame for his lifetime of contributions to the comic book industry.

Miller, Frank and Dave Gibbons. The Life and Times of Martha Washington in the Twenty-first Century. Milwaukee, OR: Dark Horse Comics, 2009.