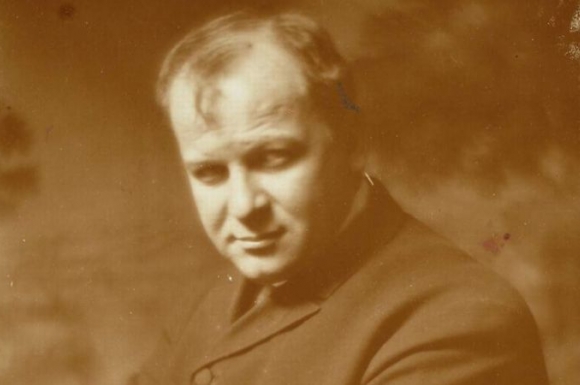 George Luks was an American realist painter and comic illustrator, best known for his images of New York City and its inhabitants. Born in Williamsport, Pennsylvania, Luks worked as a vaudeville performer before moving to Philadelphia to study art at the Pennsylvania Academy of the Fine Arts. He traveled through Europe, where he attended several art schools and developed a particular admiration for Diego Velázquez, Frans Hals, and Édouard Manet. Even before leaving for Europe, Luks was publishing comic illustrations in Puck and Truth, and upon his return in 1893 he accepted a job as a newspaper illustrator at the Philadelphia Press. In 1896, the Press sent him to Cuba as a special correspondent to cover the mounting tensions there. Working at the Press, Luks befriended Everett Shinn, William Glackens, John Sloan, and Robert Henri.

In 1896 Luks moved to New York City and began to work as an illustrator for Joseph Pulitzer's New York World. He drew the comic strip Hogan's Alley after the strip’s originator Frederick Opper was lured away to William Randolph Hearst’s New York Journal. Though capable of picturesque urban scenes (like those that his friends Shinn and Glackens specialized in), Luks excelled as a broad comic artist, drawing single and multi-panel cartoons for newspapers and magazines, and working as a political cartoonist for the magazine Verdict. In the 1920s, Luks drew comic sketches for Vanity Fair and The New Yorker.

As a painter, Luks found inspiration in New York City, often depicting the streets and denizens of the Lower East Side, subjects which gained him little favor with art critics and jurors steeped in the genteel tradition. He painted thickly, often laying his paint on the canvas with a palette knife. In 1907, the rejection of one of his canvasses from a juried exhibition at the National Academy of Design spurred the organization of a protest exhibition the following year at Macbeth Gallery. This watershed exhibition would become known as the exhibition of "The Eight" for the eight painters who collaborated to put it together. Known for his big personality and love of liquor, Luks was a vocal proponent of American painting in the early 20th century.