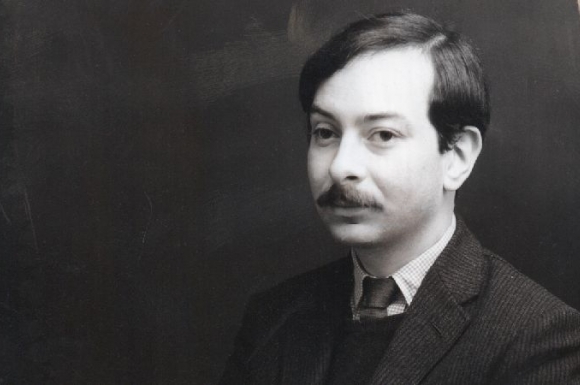 Emanuel (Manny) Schongut (b.1936) was a versatile and prolific American illustrator known for his compelling book jacket designs and illustrations, and for his editorial and advertising art, children’s books, and posters created in watercolor, ink and pencil.

A native New Yorker, Schongut was raised in Hurleyville and Monticello in the Catskill region of New York State. Though his youth was spent in upstate New York, Schongut never felt too far from the city and its vibrant art community. His family ran a tourist house where there was a constant flow of visitors from New York, and he frequently visited family there. During his early school years, Schongut was the class artist and always sought a career that would allow him to utilize his artistic talent. He enrolled in New York’s Pratt Institute where he studied under German American painter Richard Lindner, and he was influenced by the works of Arthur Szyk, Walt Disney, and Norman Rockwell, as well as the illustrations from a book of Hans Christian Andersen fairy tales that was given to him by his sister.

During his years as a student at Pratt Institute, Schongut began his education in advertising and eventually switched his focus to the graphic arts and illustration. After graduating in 1960 with a Master’s Degree, he began working on projects with Milton Glaser and Walter Bernard at New York magazine, and was represented as a designer and illustrator by Push Pin Studios, the prestigious New York graphic design and illustration firm. His illustrations also appeared regularly in The New York Times and Harper’s Bazaar, among others. Schongut also taught reportorial art and figure drawing at Pratt Institute for several years, and after relocating to the West Coast, he continued his teaching in the San Francisco Bay area. [2]

Working in watercolor, pencil, and pen and ink, Schongut developed a distinctive style usually featuring human figures and abstract images in stark configurations, avoiding bright colors and elaborate detail, and preferring more subdued and uncluttered designs.[3] Beginning in the 1960s, Schongut began designing and painting covers for Doubleday books and many other assignments followed. By reading each book and progressing through multiple stages of conceptualization, Schongut created impactful designs that enhanced and illuminated each book’s narrative. The artist has illustrated more than twenty children’s books including five popular “board books” which he also authored. Baleful Beasts: Great Supernatural Stories of the Animal Kingdom, Turtles in My Sandbox, Christmas Eve Blizzard, and The Lonely Skyscraper are among his many titles.

Other high-profile projects included four posters promoting PBS television programming, artworks for the Double Science Fiction Club, LP record jackets, game boards, and “Masterpiece Theatre” and “Mystery” campaigns, financed by corporate sponsor, Mobil Oil. [4] Later in life, Schongut lived in the San Francisco area where he continued to work as a freelance illustrator, teacher, and gallery artist. He was also a great inspiration to his nephew, Rick Sacks, a gifted musician, composer, and media artist living in Toronto. Sacks reflected, “Manny was my inspiration to become a musician. Many people have that uncle in their lives that influenced them. Manny is mine. I cherish the time we had together.”

The Norman Rockwell Museum is honored to feature a substantial collection of Emanuel Schongut’s original paintings, sketches, sketchbooks, books, and tearsheets in the Permanent Collection of Illustration Art, a gift of the artist for ongoing study and appreciation. His art can be found on the Norman Rockwell Museum’s website at collections.nrm.org, and on flickr at https://www.flickr.com/photos/schongut/.

Manley, Seon and Emanuel Schongut. The Ghost in the Far Garden and Other Stories. New York: Lothrop, Lee & Shepard, 1977.